São Paulo, Brazil, December 10 -10 December, So Paulo, Brazil Creality, a world leader in 3D printing, said today that the Max Creality League, one of the essential e-sports tournaments in Brazil, featured the mobile game Free Fire, was a success. Max Arena held the event, the largest gaming arena in Brazil, where 3200 e-sports teams competed, and a total of 120,000 BRL (22,000 USD) was offered to the top 3 winners.

“It is the first time for Creality, a leading 3D printing brand, to sponsor a major e-sports event,” said Jimmy Xiao, Country Manager of Creality in Brazil. “We congratulate the winning teams and the other teams competing in the finals for their teamwork and competitive spirit.” “Creality will continue tapping into the gaming sector to expand the applications of 3D printing.”

“Creality is a leading 3D printing brand that connects the digital and physical worlds,” said Vinicius Prado, President of Max Arena. “We are glad to have Creality sponsor this major e-sports event in Brazil. “With Creality, we look forward to exploring more creativity and passion shared between 3D printing and gaming and inspiring more young talents to achieve their dreams.”

The month-long Max Clarity League featured Free Fire, a popular third-person shooter battle royale game released in 2017. More than 500 e-sports fans attended the final at the MAX Arena studio in So Paulo, which attracted over 350,000 views across YouTube, Twitch, and other online platforms.

Starting at 10 a.m. local time, Victor Pruner, Sales Manager of Creality in Brazil, opened the event by introducing the Ender-3 S1 Pro, “the best 3D printer for the gaming community.” The opening speech was followed by quarterfinals, semifinals, and the grand final, during which the eight teams competed for over nine hours.

To familiarize the audiences and players with the applications of 3D printers in the gaming sector, several Creality 3D printer experience corners were set up at the entrance, on the stage, and along the aisles, for them to get a hands-on approach to 3D printers and 3D print their favorite action figures.

As the first step into the metaverse, Creality partnered with Max Arena to launch an AR app called “Max Experience,”  which is available on Google Play and the Apple App Store.

After the final, Victor from Creality held a special product launch event. He made the flagship Ender-5 S1, the professional-grade Sermoon D3, the Klipper-integrated Sonic Pad, the CR-Laser Falcon Laser Engraver, and the CR-M4, a high-end 3D printer with a large build volume.

Brazil will be the world’s fifth-largest market by number of players in 2022, according to gaming intelligence company will beewzoo, and one of Latin America’s fastest-growing game markets. A survey conducted by Brazil Bank Itaú last year also shows that 96% of children living in favelas want to be professional e-sports players, meaning e-sports is joining football as the madreamelas dreams for youngsters.

Through the sponsorship of the e-sports event, Creality is expected to spark the interest in the 3D printing of young Brazilian talents and expand its presence in Brazil’s education sector after the success of the Space Robotics project held in 2021.

In September 2021, Creality partnered with Bebyte to launch the Space Robotics Project to make 3D printing and robotics more accessible to students in Brazil. The National Education Development Fund of Brazil, the Brazilian Space Agency, and the University of Brasilia all helped pay for the project in full.

Creality donated around 250 Ender-3 3D printers to 250 Brazilian schools for 3D printing training and printing space robotics works as the project’s sole sponsor. The project is expected to reach 1 million young people in Brazil by the end of 2022, helping them to realize their dreams with 3D printing.

Founded in Shenzhen, Creality is a global pioneer in the 3D printing industry that focuses on the research, design and production of consumer and professional-grade 3D printers and 3D printing accessories. With a user-centric philosophy, Creality has expanded its footprints across more than 192 countries and regions worldwide, introducing 3D printing concepts to homes, schools, workshops, factories, and academic institutions, and driving digitalization in manufacturing, education, healthcare, architecture and beyond.

Creality is dedicated to becoming a 3D printing evangelist, and the company continues to gravitate toward cutting-edge technology and providing a premium experience for both individual users and businesses. Visit www.creality.com for more information. 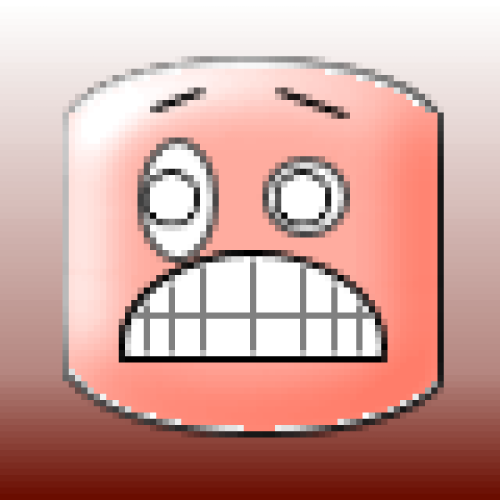 Protected: The Platform to Boost US Job Hunting Efforts