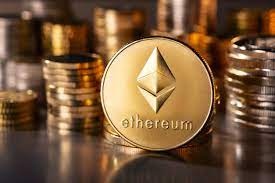 The second-largest blockchain by market size has achieved another significant milestone, nearly four months after Ethereum made the successful transition to a proof-of-stake network. Data from Etherscan reveals that more than 16 million ether (ETH) have been deposited into the Beacon Chain staking contract on Ethereum.

The Ethereum network’s “validators” “stake” ETH in exchange for the opportunity to add authenticated transactions to the blockchain’s ledger. The staked monies are locked up in the network and earn interest, but until the network’s Shanghai upgrade, which is not anticipated until approximately March 2023, they cannot be withdrawn.

The 16 million ETH figure is almost $22.38 billion at the current pricing and more than 13.28% of the whole ether supply. It occurs almost two years to the day after Ethereum’s staking contract went live in 2020, marking the debut of the network’s proof-of-stake Beacon Chain.

Although the increasing amount of ETH staked can be seen as a positive indication for Ethereum acceptance and security, it will undoubtedly put more pressure on the network’s core developers to complete work on withdrawal support as soon as possible.

Theoretically, it should be more difficult for a single actor to sabotage the Ethereum chain with a bigger number of staked ETH. However, a small number of significant actors currently own the majority of Ethereum’s stake, raising worries that the chain’s management is becoming overly centralised.

A community-driven validator collective called Lido has staked almost 4.65 million of the 16 million ETH that have been staked. According to Nansen, the four biggest Ethereum validators—Lido, Coinbase, Kraken, and Binance—control 55.88% of all ETH staked.

Since the Merge in September 2022, when Ethereum gave up its traditional proof-of-work consensus process, the amount of ETH staked has increased by around 16.68%. The Merge completely switched the Ethereum blockchain to a proof-of-stake (PoS) consensus mechanism, which eschewed the current staking method in favour of the energy-intensive crypto mining process used by proof-of-work.