A new study outlines a plan to reinvest in education 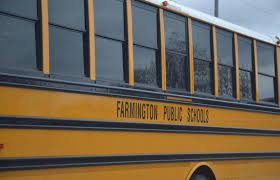 A recent analysis found that Oakland County school districts could meet their demands and still have money left over to invest in classrooms by pooling the money used for transportation services.

According to Bob McCann, executive director of the K-12 Alliance of Michigan, one of the organisations that contributed to the report, “Schools are compelled to draw money out of classrooms to fund transportation costs, which means children are essentially paying to bus themselves to school.”

The School Finance Research Collaborative, a collection of professionals in business, politics, and education, conducted a study that expands on a previous one from 2018 to find the best way to pay for school transportation while preventing schools from having to divert funds away from classroom instruction.

The study demonstrates how school districts can reduce transportation expenses by making more effective purchases for things like gasoline and equipment purchases.

The formula is developed based on the quantity of students being transported by bus, the required driving distance for buses, and other elements.

The study establishes an average cost per rider and develops a formula based on population density. The state compensates districts that fall at or below the average. Districts that are above the predetermined average are required to make up the difference with their own money.

For instance, if a district pays $848 instead of the average per-rider cost of $927, they are fully reimbursed. However, if a district spends $2,774 on each rider, it will only receive $927 in reimbursement and will have to foot the remaining balance.

“We are saying you have to make up the balance if you are over the average amount,” McCann added. “We are urging you to determine a way to reduce your expense.”

With the new methodology, the state would fully reimburse nearly 60% of Michigan districts for their current transportation costs. Statewide, the average cost of district-funded and contracted transportation is $1,078 per passenger.

In response to inquiries, she said in a written statement that Michigan’s current system for funding school transportation “does not take these cost differences into account. As a result, many districts are forced to shift funds from the classroom to bus routes in order to cover higher transportation costs, which, unfortunately, means we are making kids pay for these costs.” The way that each state manages school transportation varies.

The system in North Carolina combines reimbursement and formula funding, involves efficiency, and is mostly funded by the state. Arizona school districts get payment based on the average daily route miles per qualifying student transported, while Wisconsin gives schools a per-pupil sum for student riders. According to McCann, the strategy may be put into action right away, and he intends to seek legislative approval the next year.

Share
Facebook
Twitter
Pinterest
WhatsApp
Print
Linkedin
ReddIt
Email
Telegram
Flip
Copy URL
Previous article
If you use this crucial feature in Android Auto, you have to wait to update it
Next article
Laptop, computer and documents seized by the DGGI after a search are not being released by the Delhi High Court