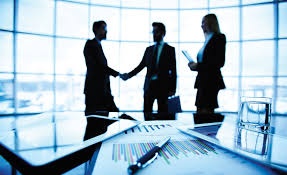 The head of the National Federation of Independent Business – New Jersey said that whenever small firms have the chance to obtain a grant, it’s a terrific thing. The award monies, totaling $500,000, will aid in their expansion into international markets.

Selling into international markets is not just a privilege of big, established companies. By submitting an application for a NJSTEP award, we are encouraging producers of food and beverages from marginalised business areas to start exporting, according to Melanie Willoughby, executive director of the New Jersey Business Action Center.

The State Trade Expansion Program, which supports new-to-exporting food and beverage businesses in underrepresented business communities, has earned $500,000 in federal funding, according to an announcement made at the end of last month by the New Jersey Department of State’s Business Action Center.

Any “chunk of change,” according to NFIB – New Jersey Executive Director Eileen Kean, can assist a firm achieve global objectives because we live in a global society thanks to the internet and social media.

According to her, the funds are solely accessible to New Jersey-based food and beverage firms.

The fact that these awards are only provided to underserved populations “concerns NFIB,” she said. “And I just want to underline that suffering communities are not just in underprivileged neighbourhoods right now. New Jersey’s small enterprises are experiencing difficulties.

Once more, there are creators of clothing, porcelain, art, and all different kinds of tiny companies, according to Kean. “So, only food and beverage manufacturers are included in this. I’m really happy for them.

She advised potential applicants to get in touch with the New Jersey Business Action Center to find out how to apply.

As for the New Jersey Business Action Center, Kean stated, “I do have to give a shout-out to them because they do a great job in addressing queries and their availability.” Although the grant money is good, Kean stated that the governor’s refusal to replenish the Unemployment Trust Fund is still the NFIB’s largest issue. She said it will benefit all small businesses in New Jersey, therefore that is a top focus for the group and its members.

Both NJSTEP and the NJBAC’s Office of Export Promotion are headquartered within the New Jersey Department of State. On October 1st, the NJSTEP program’s application portal became live.