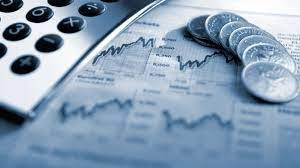 Miami Valley Gaming has been granted a 20-year extension to a tax increment financing deal.

Lebanon Schools Treasurer Karen Ervin claimed that throughout the first ten years of the TIF arrangement, the district only received 25% of the property tax. The schools will get payment in lieu of taxes (PILOT) income equal to what they would have received in property taxes as a result of the agreement’s modification and extension, she said.

The Warren County Commissioners recently approved an extension of the TIF agreement, increasing the tax exemption from 75% to 100%. This would allow Lebanon City Schools and the Warren County Career Center to receive 100% of the property tax that is owed to them through payments in lieu of taxes.

Deals involving tax increment financing are frequently utilised to support the funding of new construction. The meagre property tax payments that schools, governments, and other organisations received when the development site was undeveloped are still being made to them. However, when development takes place on that land, a large portion of the tax money that would otherwise be paid due to the rise in value is used to fund the project’s surrounding infrastructure for a certain period of time.

The board may use the PILOT payments for its general fund, capital projects, district initiatives, etc., according to Ervin.

Before the commissioners gave their approval on December 20, the boards of both school districts and township trustees had already authorised the new TIF deal.

According to Matt Schnipke, county economic development director, the new TIF will generate about $4 million over the course of the contract. These monies will be applied to new infrastructure development projects. With an anticipated total cost of close to $43.3 million, the Warren County Engineer’s Office has identified various projects that potentially benefit from the new arrangement.

At the US national skating competition, Knierim and Frazier win gold in pairs