According to Goldman Sachs, four themes will govern the global economy through 2075 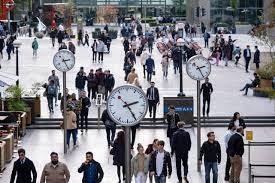 Forget about the prospect of a global recession in 2023; the Goldman Sachs team is already considering global economic growth possibilities through 2075.

“After eleven years, we are updating, broadening, and extending our long-term estimates, adding new data and approaches.” Our revised predictions now span 104 nations, and our projection horizon has been extended from 2050 to 2075.”

“It has been nearly two decades since we first set out long-term growth projections for the BRICs [Brazil, Russia, India, China, and South Africa] economies, and a little more than ten years since we updated and expanded those projections to cover 70 emerging (EM) and developed (DM) economies,” Goldman’s macroeconomic team explained in a lengthy 45-page research paper.

The second theme is that some emerging markets are becoming less so.
Goldman advises investors to keep a watch on today’s emerging markets, which have the potential to become the next economic powerhouses.

“Our predictions imply that global growth will average somewhat less than 3% per year over the next ten years and will gradually decline, owing mostly to weaker labour force expansion,” Goldman’s senior economist Jan Hatzius said. “Over the last 50 years, global population growth has been cut in half, from 2% per year to less than 1%, and this trend is anticipated to continue.”

“Although real GDP growth has slowed in both developed and emerging economies, EM growth continues to exceed DM growth in relative terms,” Hatzius added. “According to our forecasts, the world’s five largest economies in 2050 (measured in real USD) will be China, the United States, India, Indonesia, and Germany (with Indonesia displacing Brazil and Russia among the largest EMs). With the right policies and institutions in place, Nigeria, Pakistan, and Egypt could be among the world’s largest economies by 2075.”

“Over the last decade, the US’s relative performance has been greater than projected,” the economist remarked. “However, history shows that this is unlikely to happen again in the next decade.” The United States’ potential growth remains significantly lower than that of large EM economies, and we expect some of the US Dollar’s recent exceptional strength to be unwound over the next ten years.” The fourth theme is wealth distribution.
“Twenty years of EM convergence has resulted in a more equitable distribution of global incomes,” Hatzius said. “However, while income inequality between countries has decreased, it has increased within countries.”