According to Guinness World Records, Elon Musk has lost most money ever 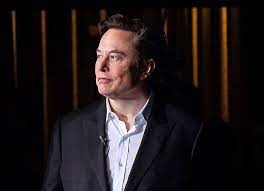 According to Guinness World Records, Tesla CEO Elon Musk has shattered the record for the most money one individual has ever lost.

His net worth decreased from $320 billion in 2021 to $147 billion at the present time. According to data from Forbes, Musk is still the second-richest person in the world, trailing only Bernard Arnault, the CEO of luxury goods behemoth LVMH.

According to the article, Musk has lost between $180 billion and $200 billion since November 2021, primarily as a result of the underwhelming performance of Tesla equities in recent years.

Although Tesla increased deliveries by 40% over the prior year and achieved new sales records, rivals caused the stock to lose 65% of its value in 2022.

According to the Guinness book of records, Japanese tech investor Masayoshi Son established the previous record for the largest amount of money lost by a single person in 2000 with a loss of $58.6 billion.