After 38 years in space, a 5,400-pound NASA satellite falls back to Earth 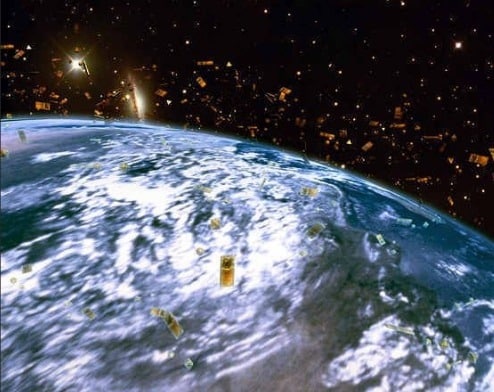 Here’s another example of “what goes up must come down.” After nearly 40 years in space, NASA’s Earth Radiation Budget Satellite received a blazing welcome on Sunday. The 5,400-pound (2,450-kg), re-entering satellite was confirmed by the Department of Defense, according to NASA on Monday. It happened over the Bering Sea.

Science relating to climate and weather has benefited from ERBS. It took a while for the old satellite, which was launched from the Space Shuttle Challenger in late 1984, to experience atmospheric reentry as a retirement gift.

The satellite was supposed to last two years, but it lasted much longer. According to NASA, the ERBS actively investigated for 21 of its orbital years how the Earth absorbed and radiated solar energy and measured stratospheric ozone, water vapor, nitrogen dioxide, and aerosols.

Spacecraft returning to Earth are put through a grueling reentry process. Most of ERBS was expected to burn up, but some components might survive the reentry, according to NASA. Anything that wasn’t toast most likely fell harmlessly into the sea because the return trajectory crossed a body of water.

At a time when orbital space is becoming increasingly congested with junk, debris, and defunct satellites, the satellite’s uneventful fall back to its home planet is a small bit of good news. After a distinguished career in science, ERBS exited in splendor.