After the FTX collapse, Wolff calls for more regulation of crypto 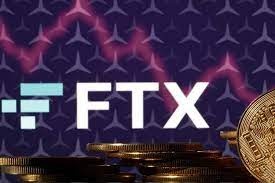 Wolff discussed the firm’s demise and voiced his shock, saying the industry need more oversight to prevent such occurrences in the future.

Following FTX’s bankruptcy filing on November 11, which was prominently displayed on the Mercedes W13 and driver race suits, the eight-time Constructors’ Champions erased all FTX emblems before to the Brazilian Grand Prix.

We all understand that crypto has value, but it’s still challenging, Wolff told the media, including RacingNews365.com.

“We looked at FTX since they were one of the most reliable, stable, and financially sound partners we could find. However, out of nowhere, you can see that a cryptocurrency company may essentially be on its knees and gone [in] one week, which demonstrates how susceptible the sector is still.

“I firmly believe that blockchain will one day replace traditional financial transactions, but the current state of affairs is regrettable.

Because so many consumers, investors, and partners like us have been left in absolute bewilderment by what has happened, “I feel it needs to make its way into legislation.”

Mattia Binotto, the manager of the Ferrari team, also weighed in on the discussion, saying that F1 needs to be cautious when dealing with cryptocurrencies.

In answer to a query from RacingNews365.com, Binotto stated, “Certainly, it’s something with which we need to take care and be careful [with].” “We currently have no other options but to monitor. We are keeping an eye out for anything that may be relevant to our position because it is really tough to know and foresee. However, everything is now stable and not a problem “said the Italian, whose group considers Velas as one of its premier partners in the blockchain industry.

Other F1 teams also gain from sizable sponsorship in the cryptocurrency industry. Aston Martin receives support from Crypto.com, an F1 corporate sponsor and owner of the naming rights to F1’s Sprint Cup, while Alpine are sponsored by cryptocurrency exchange company Binance. Red Bull signed a record-breaking deal with Bybit ahead of the 2022 season.