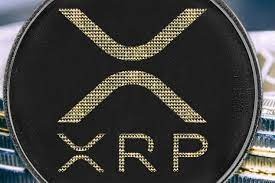 Flare’s FLR tokens were eventually allocated to XRP holders starting Monday night after an almost two-year wait, a development that sparked a tonne of discussion among community members. The beneficiaries nearly immediately threw away the tokens.

With the remaining tokens to be dispersed over the following three years, the airdropped tokens currently account for 15% of the project’s total supply.

The number of FLR tokens pooled and dispersed to XRP holders who owned at least one token at the time of a snapshot in December 2020 was over 4.28 billion. One FLR was distributed for every one XRP held in the airdrop, which was done on a 1:1 basis.

On Flare’s governance forums, FLR holders will be able to vote on how the upcoming airdrop is distributed in addition to suggesting other modifications to the project.

Flare has rapidly evolved into a layer 1 blockchain and oracle provider from its original goal of being a decentralised finance (DeFi) application using XRP coins. Oracles are third-party services that fetch data from outside a blockchain to within, whereas layer 1 refers to fundamental blockchains like Ethereum or Solana.

According to CoinGecko data, the tokens were first priced at 5 cents due to insufficient liquidity on the MEXC Global exchange, before tripling to 15 cents when more exchanges, including OKX and Kraken, joined the market and liquidity grew. The price fell as low as 2 cents before most recently being listed on CoinGecko at 4 cents. At 10:30 UTC on Tuesday, the trading volume for the tokens reached $34 million.

While the token is new, Josh Edwards, vice president of engineering at Flare, stated in a Monday tweet that the Flare network was already operational and had handled more than 268 million requests for data and transactions over the previous week.