An ex-music publisher passes away at 91 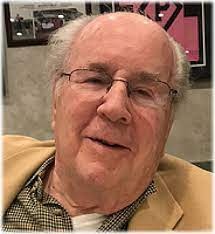 According to sources, Stanley Mills, a former music publisher who is most known for popularising “The Chicken Dance,” passed away on December 29 in New Hyde Park, New York, at the age of 91.

Mills was the son of Mills Music Publishing Company founder and music publisher Jack Mills, who was born in 1931. Before it was sold in 1964, he is said to have spent a few years working for the family firm before moving on to work for music publisher EB Marks, according to Variety. Later, he would found his own business, September Music and Galahad Music, which produced well-known songs like “Cara Mia,” “Hands Up,” “My Melody of Love,” and “The Chicken Dance.”

According to Billboard, the cause of death is currently unknown.

According to Variety, Mills promoted the song and the accompanying flapping arms dance for movies, TV shows, and advertising, which helped popularise the polka party song “The Chicken Dance” from the 1990s. Due to the song’s popularity, March 14 is now recognised as National Dance Like a Chicken Day.

Five grandkids, his nephews Joshua Mills and Peter Alpert, and his sons Kenneth and Mitchell Mills survive him.

In 2015, he gave Memory Lane Music the rights to both September Music and Galahad Music.