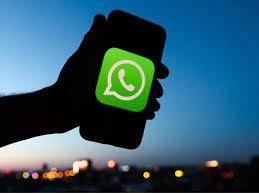 WhatsApp, owned by Meta, the world’s most popular messaging platform is set to launch 21 new emojis on the Android beta. The beta version of WhatsApp for Android 2.22.25.12 will include 21 new emojis, for future app updates, according to WABetaInfo, a WhatsApp update tracker. WABetaInfo has shared a screenshot where 21 new emojis are expected to be released in a future update for WhatsApp users. “But there’s more: WhatsApp has also redesigned 8 emojis, and they’re already visible in this beta.

You can see the old layout in the left screenshot while the new layout is in the photo right along with all other new emojis a future update 8 emojis have been updated in the latest Play Store beta and 21 new emojis are expected will be released to all beta testers at a later date,” the WhatsApp tracker added. This comes amid reports that WhatsApp is likely to receive a highly anticipated feature that will give users the ability to use one WhatsApp account on two devices.

In fact, you might not notice them because the changes aren’t really obvious (except for that) except for the Begging Face and the Tearful Face) but thanks to the attached screenshot you can find out which emoji was modified,” WABetaInfo writes on its page. “As always, you can also see which emoji will be posted on WhatsApp in the attached screenshot:

Currently, WhatsApp users will automatically log out of their primary smartphone if they also log into their account via a tablet. Said to be called the Linked Devices feature, the ability to run one account on two Android devices has been made available to WhatsApp beta users. The Meta-owned company is warning beta testers to manage their accounts with the tablet version of WhatsApp. WhatsApp’s Android app for users who signed up for the beta program says, “You have an Android tablet? WhatsApp for tablets is now available to beta testers.