- Advertisment -
HomeNewsBusinessAndy Murray is honoured for his humanitarianism after giving Ukraine his winning...
NewsBusinessMoney 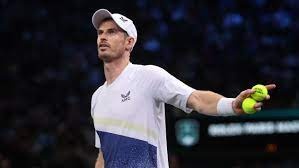 After donating more than $630,000 for the war-torn nation of Ukraine, Andy Murray was named the 2022 Arthur Ashe Humanitarian Award winner in honour of his assistance for humanitarian operations there.

Families were uprooted, and houses were bombed, according to Murray’s statement. I wasn’t sure what I could do to help because so many young children were hurt and in some cases died as a result of this.

Three-time Grand Slam winner Murray announced in March that he would donate all of the prize money he earned from competitions that year to help children affected by the situation in Ukraine.

“I made the decision to contribute all of my prize money earned from Indian Wells forward to UNICEF’s humanitarian efforts; the total amount donated was slightly over $630,000.

Murray’s personal commitment is just shy of the $700,000 made earlier this year in conjunction with the four Grand Slam tournaments, the ATP, WTA, and ITF. Roger Federer, a former No. 1, also contributed $500,000.

It appeared to be something that would inspire me more this year. I believed I could assist spread the word and, hopefully, enlist others in the cause.

“There are 7.5 million children in Ukraine, and 5.2 million of them need help after more than nine months of escalating conflict,” Murray continued.

“It is even more difficult to handle when you see pictures of affected youngsters in the news. Fortunately, my four small children, who are in good health, are doing well. However, as a parent, it has a different impact on you.”

Tatyana Fannouch, a UNICEF programme specialist, said from Kropyvnytskyi, Ukraine, that Murray’s donation allowed them to offer medical services and supplies to children, including those who had fled their homes for safety. “We have provided protective services and life-saving supplies to vulnerable families in difficult-to-reach locations. Thank you, Murray, for all the assistance you gave to Ukrainian youngsters “said Fannouch.

Speaker of Tennessee House considers rejecting US aid for education