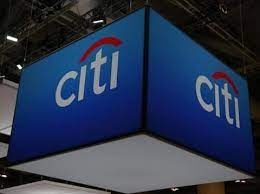 As the bank set aside more money for future credit losses, Citigroup reported that fourth-quarter net income fell by more than 21% from the same period last year.

Citigroup CEO Jane Fraser’s efforts to bring the company around have stalled as central banks around the world struggle with inflation and there are worries about a worldwide economic recession. Similar to the rest of the sector, Citigroup is struggling with a steep decrease in investment banking revenue, which is only partially offset by expectations for improved trading results this quarter.

As investors focused on the report’s positives, such as a record fourth quarter for fixed income trading, shares increased by 1.7%.

Net income for Citigroup fell 21% to $2.5 billion from $3.2 billion the year before, mostly as a result of slower loan growth in its private bank and forecasts for future macroeconomic weakness. Higher sales and decreased expenses helped to mitigate the decline to some extent.

The bank reported that it increased provisions for future loan losses by 35% over the prior quarter to $1.85 billion. This project included $640 million for unfunded commitments resulting from the private bank’s increased lending volume.

Fraser stated in a press release that “Services achieved another strong quarter, with their revenues rising 32%, and we have gained considerable share in both Treasury and Trade Solutions and Securities Services.” While Banking and Wealth Management were affected by the same market problems they dealt with throughout the year, markets had their strongest fourth quarter in recent memory thanks to a 31% surge in Fixed Income.

Additionally, the banking sector showed strength, with private bank revenues up 5% and US personal bank revenues rising 10%. On the other hand, decreasing mortgage volumes caused a 3% decline in retail banking income.

On Friday, JPMorgan, Bank of America, and Wells Fargo all released earnings. JPMorgan said it now anticipates a slight recession as the base case for 2023 after exceeding analyst expectations for the quarter. As rising interest rates partially offset losses in investment banking, Bank of America also outperformed Wall Street projections. Despite the bank stating that profits declined in the most recent quarter as a result of a recent settlement and the bank’s increased reserves amid economic hardship, Wells Fargo shares increased.