As investors pour in, UK is top European tech ecosystem 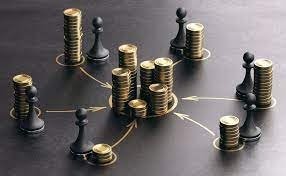 Even though there has been a lot of concern about the competitive position of the City this year—with Amsterdam overtaking London as Europe’s largest centre for share trading and the value of the French stock market surpassing that of the UK—new data indicate that the UK’s tech sector continues to enjoy a significant advantage over its European counterparts.

It brings the total amount raised by UK tech firms over the past five years to £97 billion.

According to analytics and intelligence platform Dealroom, fast-growing UK IT companies raised £24 billion this year, which is more than their peers in France and Germany combined.

The results are all the more startling given that funding has been difficult to come by for much of the year due to rising interest rates and investors’ growing scepticism of the technology sector.

According to Dealroom data, the UK’s tech sector is now valued at $1 trillion, making it the third country behind the US and China to reach this milestone and solidifying its position as the top European innovation environment.

According to the data, the UK’s tech sector not only attracts more venture capital than its European competitors, but it also generates more value for investors.

According to the data, the UK’s tech sector not only attracts more venture capital than its European competitors, but it also generates more value for investors.

“UK tech has been resilient in the face of global headwinds, and we closed the year as one of the leading destinations for digital enterprises,” said Paul Scully, the digital minister. This is encouraging news that reflects our pro-innovation stance on technology legislation, ongoing support for start-ups, and desire to increase people’s digital literacy.

The statistics highlight the UK’s rising appeal to foreign venture capital firms. Some of the largest US tech investors, such as General Catalyst, Sequoia Capital, and Lightspeed, all of which launched offices in the UK last year, have increased the size of their presence this year by hiring more personnel.

This year, they were joined in the UK by Berlin-based venture capital firm Earlybird and 45-year-old US venture capital firm New Enterprise Associates, which has funded companies including TikTok owner ByteDance. UK-based funds have raised £9.2 billion this year, barely shy of the £9 billion they raised in 2021, to support start-ups and rapidly expanding businesses.

General Catalyst’s managing director, Chris Bischoff, said: “We set up shop in London because we thought the UK had a unique environment on a global scale. We now have a deeper understanding of this extraordinary ecosystem because to our experience over the past 18 months, which has allowed us to identify and support early stage businesses that are attempting to accelerate change in their respective industries. The UK’s approach to innovation is ideally aligned with our ideals of responsible innovation and radical cooperation, which is another significant point.