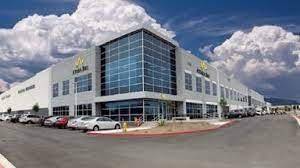 Atara Biotherapeutics, Inc. (Nasdaq: ATRA), a pioneer in T-cell immunotherapy, has signed a royalty interest financing agreement with HealthCare Royalty (HCRx) for EbvalloTM in Europe and other regions covered by Atara’s commercialization agreement with Pierre Fabre. This agreement is worth a total of $31 million.

According to the terms of the contract, HCRx will give Atara an upfront payment of $31 million. Under the Pierre Fabre commercialization agreement, HCRx will be granted the right to specific royalties and milestones for use in Europe and other regions. Depending on when they are paid, the total royalties and milestones that HCRx will receive are limited to between 185 and 250 percent of the original investment amount.

The recent European Commission approval of EbvalloTM as the sole approved therapy for EU patients with a rare and potentially fatal cancer contributes to Atara’s financial situation and represents our good momentum, according to Pascal Touchon, president and chief executive officer of Atara. “We share HCRx’s faith in EbvalloTM and a goal of working with our European commercialization partner Pierre Fabre to deliver a first-ever allogeneic T-cell therapy to market.”

Furthermore, as part of the previously announced commercialization agreement and subsequent update announced in September 2022, Atara is still entitled to existing milestone payments from Pierre Fabre of $10 million for the approval of EbvalloTM in Europe and $30 million for Atara’s start of the EU Marketing Authorization Application transfer to Pierre Fabre.

Clarke Futch, Chairman and Chief Executive Officer of HCRx, said, “We are happy to sponsor Atara and have high faith in their aim to help alter the lives of cancer and autoimmune patients through pioneering breakthrough science, proven by rigorous data. At this critical juncture in the development of tabelecleucel, we are thrilled to support Atara’s efforts as a differentiated allogeneic T-cell immunotherapy firm.