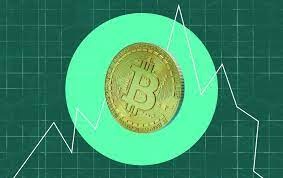 Following an unexpectedly positive GDP report in the U.S. that failed to dissuade investors from underlying worries about inflation and a potential deep recession, cryptocurrency markets halted their recent two-day ascent.

BTC experienced a 1% decline at 13:00 UTC then a 0.92% increase at 14:00 UTC. ETH performed similarly, dropping 1.72% after the GDP announcement before gaining 1.17%.
The conventional markets were diverse. When trading opened at 9:30 a.m. ET, the Dow Jones Industrial Average (DJIA) was up 1.5% for the day. Following the release of the GDP report, the S&P 500 started 0.64% higher. The Nasdaq composite decreased by 0.30 percent, continuing to be significantly associated with bitcoin.

In contrast to expectations for 2.4% growth, the third quarter of the US economy saw a 2.6% expansion.
The 1.6% and 0.6% economic declines in the first and second quarters have been reversed by the current expansion. But as the economy is increasingly being affected by price increases and interest rate hikes, consumer spending and the once-hot property market have slowed.

The 21% decrease in Meta Platforms (META) shares following weaker-than-anticipated third-quarter earnings reporting is probably to blame for a chunk of the Nasdaq slump.

The likelihood that the Federal Reserve would raise interest rates by 75 basis points (bps) at its upcoming meeting has decreased from 92.5% to 88.4%, according to the CME FedWatch tool, while the likelihood of a rise of 50 bps has increased from 7.5% to 11.6%.

Investor focus can then shift to the October consumer price index data as November approaches on November 10.

The next Federal Open Market Committee meeting, where any rate hike will be decided, is likely to be relatively unaffected by the shift in opinion. A 75 bps increase on November 2 is still very plausible. But many are increasingly of the opinion that the FOMC may change its posture to one that is more dovish early next year, potentially under the influence of the US’s northern neighbour.

Because of worries over the weakening speed of that nation’s economy, Canada’s central bank lifted interest rates by 50 basis points on Wednesday rather than the 75 bps that had been anticipated.

The BTC-DXY chart will be a reliable one to take into consideration when deciding the next actions because macroeconomic uncertainty continues to afflict crypto assets. Over the past few days, there has been a return to a more negative relationship between BTC and the dollar index (DXY). Thus, although a weaker USD is expected to have a positive impact on the price of bitcoin, a stronger USD is likely to have the opposite effect.

As investors begin to veer away from the USD, the 4% decrease in the DXY since September 27 suggests a growing desire for risky assets. At $20,000, Bitcoin also seems to be creating possible support. A high-volume node is building at $20,500, which would surpass the previous high-volume node at $19,300, according to the Volume Profile Visible Range tool.

These nodes represent large price agreement areas and frequently show where an item is likely to see support and resistance.