- Advertisment -
HomeNewsBusinessBNB Chain Has the Most Crypto Scams, According to Solidus Labs
NewsBusinessCryptocurrencyFinance

BNB Chain Has the Most Crypto Scams, According to Solidus Labs 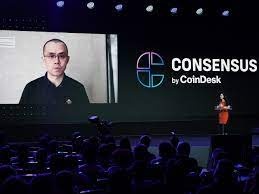 According to recently published analysis from crypto risk monitoring company Solidus Labs, nearly 12% of all BEP-20 tokens, the common token on the BNB chain, are connected to frauds.

The research company claimed that every hour, it finds 15 implemented schemes. Over 188,525 smart contracts scams have been discovered in the previous two weeks across twelve major blockchains.

The vast majority of these scams go unnoticed, according to our data, said Kathy Kraninger, vice president of regulatory affairs at Solidus. “While some of the big rug pulls and scams make the news, like the famous Squid Games Token, which is estimated to have cost users around $3 million in lost funds, the full picture stemming from our data shows,” she said. Kraninger oversaw the U.S. Consumer Financial Protection Bureau before joining Solidus.

In addition to rug pulls, which are rather common in decentralised finance (DeFi), Solidus reports that token imitation scams are on the rise. In these schemes, a fake token contract is used to imitate a well-known token symbol in order to dupe victims into investing.

Solidus Labs did not go into detail in their announcement as to why BNB Chain has a greater rate of contract fraud than Ethereum. According to their analysis, 8% of all ERC-20 tokens on Ethereum include fraudulent features.

A another cryptocurrency analytics company, Chainalysis, reported in December that investors lost $2.8 billion to scams in 2021.

BNB Chain suffered a $100 million exploit at the beginning of October. Binance was able to freeze some of the stolen cash by releasing a software upgrade because it has strong connections with the majority of the chain’s validators. A firm representative claimed in 2021 that fraud committed on-chain or “rug pulls” are not Binance’s fault.

At CoinDesk’s Consensus 2021, Samy Karim, a coordinator of business and ecosystem development at Binance, stated that the BSC is a public permissionless infrastructure where anyone may build projects. You have hacks and malevolent actors there, and DeFi exploits are neither new or especially exclusive to BSC.

BNB Chain accounts for $5.6 billion, or 10%, of the total value locked in DeFi, according to DeFi Llama. 58% of the total value is currently locked at $32 billion in Ethereum. According to Solidus Labs, at least $910 million worth of ether associated with scams has passed through centralised exchanges.