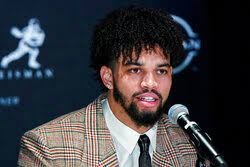 The board of the Defiance City Schools convened here on Wednesday for a brief meeting to discuss finances and choose a new president pro tem.

The district was given a state award for financial openness for the third year in a row.

Cheryl Swisher, the district’s CFO and treasurer, gave the board an update on the results of the yearly audit.

Since the program’s inception, we have consistently gotten the highest ranking, according to Swisher. “That indicates that we are being open and honest about our documents.”

Swisher said that the audit’s results would probably be made public in their final form in February.

Although the board moved not to engage in an exit conference, she pointed out that it was an option to hold one with the state auditors.

The depository agreement with F&M Bank, a typical five-year deal that permits the school to invest a fixed amount of money with them, was also authorised by the board. According to Swisher, the school has a rotating five-year depository relationship with the majority of the local banks. Swisher reminded the board that the district’s renewal levy, which was supported by voters in the November election, had been officially certified. Swisher thanked them after Morton and she expressed their satisfaction with the voters’ outpouring of support.

Other business for the board • authorised the posting of a request for bids for the renovation of the restrooms at the Community Auditorium. The renovation will be funded in part by a $150,000 state grant and should be finished by October 2023. This project will update the downstairs restrooms to meet regulatory requirements and increase capacity for events performed at the venue.

I was informed that the Christmas break begins on December 22 and ends on January 2 by Superintendent Bob Morton. Before the regularly planned meeting at 5 p.m. on January 11, the board’s organisational meeting will take place. I was informed that two pupils will attend the Ohio HOBY Youth Leadership Conference.

We chose Christine Oberlin to serve as the new acting president. It authorised two five-year contracts, one with Johnson Controls for fire safety and the other with Perry ProTeck for printing and copying services.

• Heard Morton express gratitude to those who contributed to the schools. It had an executive session to talk about a private topic and the hiring of a public person.