On American Independence Day, Priyanka Chopra shared a glimpse of how she spent her time with fur friends. The actress, who is currently in London, also shared an old picture with her dear husband Nick Jonas, as she missed being with him on the occasion. 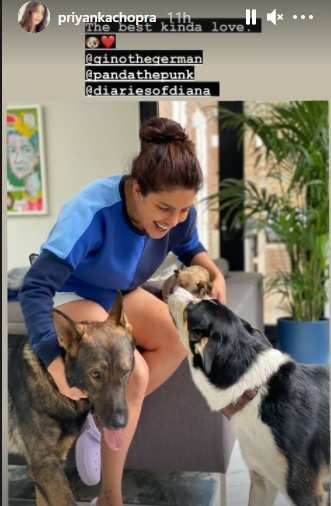 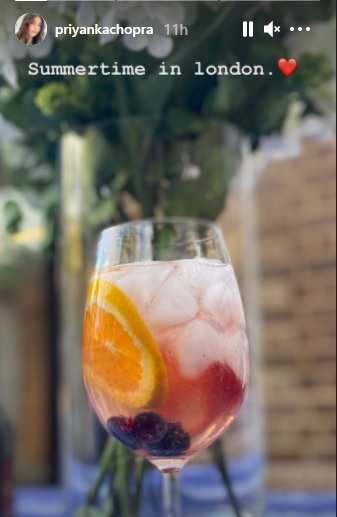 In a post, Priyanka showed how she is beating the London summer as she shared a picture of her refreshing soft drink. Along with this, she also shared an adorable picture of herself in which she is playing with her fur kids Diana, Gino and Panda. The actress wrote in the caption of the photo, ‘The best kinda love’.

Priyanka also remembered her dear husband Nick Jonas, who is currently away from her in Ohio. She shared a throwback picture of her in which she is seen posing for a cute picture. While Priyanka looks stunning as ever in her striped outfit, Nick looks dashing in his American Flag shirt. Along with the picture, he wrote, ‘Happy 4th of July! #throwback’

Meanwhile, Nick spends his vacation in Ohio watching a baseball game. He shared a view of the stadium in one of his latest posts on Instagram. His fan clubs also posted pictures of him cheering from the stands. 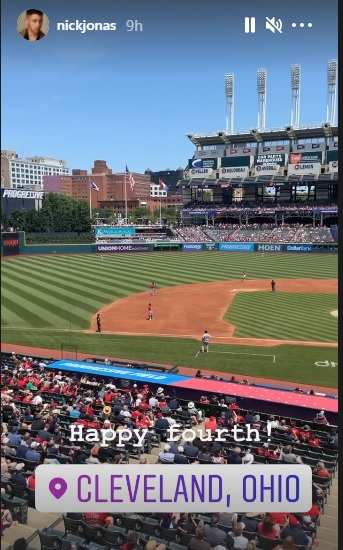 On the work front, Priyanka is currently in London owing to her professional commitments. She has films like ‘The Matrix 4’ and ‘Text for You’ in her kitty. She was last seen in ‘The White Tiger’ opposite Rajkummar Rao in the lead role. Adarsh ​​Gaurav was also in an important role in this. The film received positive reviews from the audience and critics alike.

Disclaimer: If you need to update/edit this article then please visit our help center. For Latest Updates Follow us on Google News
Share
Facebook
Twitter
Pinterest
VK
WhatsApp
Previous articleDUNYA NEWS LIVE 24/7, News Headlines, Bulletins and Shows
Next articleAlaya to star in the Hindi remake of U Turn

Amitabh cuddles with his new companion