A restriction on NFT gaming, introduction of STOs, and “Metaverse Seoul” 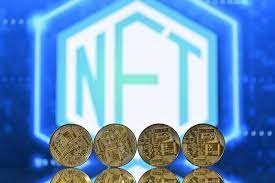 As the first phase of a project named “Metaverse Seoul,” South Korea has unveiled a virtual duplicate of its capital city, Seoul, demonstrating its leadership in the adoption and integration of blockchain technology. According to South Korea, the project is allegedly the first publicly funded metaverse platform ever supported by a city.

A three-part project called Metaverse Seoul is slated to be finished in 2026, according to a press statement announcing it. As part of its initial phase, Metaverse Seoul will let users access a range of services, including getting proof of citizenship, tax advice, mentoring for young people, and a help centre for struggling enterprises, using their own unique avatars to navigate the platform.

The second stage, which is anticipated to launch in 2024, would increase the range of services offered by adding real estate advice and establishing connections between overseas investors and regional businesses. In order to manage the city’s infrastructure, the third stage will concentrate on integrating virtual and augmented reality technology. Additionally, blockchain technologies, including cryptocurrencies, are expected to be introduced.

A court in South Korea rejected the introduction of a blockchain-based play-to-earn (P2E) game after deciding that in-game non-fungible tokens (NFT) promote speculation, serving as proof that the nation also continues to be focused on the regulation side of the cryptocurrency business.

The game studio behind the NFT title Five Stars, SkyPeople of South Korea, filed an appeal to a previous decision, claiming that in-game people and objects created as NFTs are not prizes but rather proofs of ownership.

The Seoul Administrative Court rejected SkyPeople’s appeal of the Game Rating Administration Committee’s decision not to process the age rating for Five Stars because it did not share that point of view. To be made available to the general public in South Korea, all video games must acquire an age rating from the Committee.

The fact that players can mint characters and things into tradable NFTs on the Klaytn blockchain is at the heart of Five Stars’ issue. The court ruled that since NFTs are also exchanged on exchanges, they cannot be only categorised as game objects.

The Game Rating Administration previously outlawed games that use NFTs or cryptocurrencies, citing a local legislation that forbids businesses from encouraging speculative behaviour in players through cashable awards.

Since then, South Korean P2E game developers have only made their blockchain-based games available outside of Korea while they wait for President Yoon Suk-yeol to keep his pledge to lift the ban on play-to-earn games. Yoon previously stated that the nation’s top objective is to create metaverse-related technologies.

A report from Busan Ilbo claims that a number of well-known companies in the nation are getting ready to launch services related to security token offerings (STO) this year, which serves as additional proof of South Korea’s commitment to blockchain technology on the part of both the public and private sectors.

Numerous businesses are reportedly waiting for the Financial Services Commission (FSC) to release sector rules on how to legally offer STOs. On January 19, the FSC is expected to make a statement about STOs.

Many domestic securities companies have been “busy constructing digital asset platforms” that can handle and/or create tokens in anticipation that the FSC will approve them to offer such services later this month, despite the fact that details concerning the announcement are scant.

The only securities exchange operator in the country, Korea Exchange, together with the financial behemoths Kookmin and Shinhan, as well as Kiwoom Securities, are among the businesses intending to offer STOs to support the expansion of South Korea’s digital asset ecosystem.

STOs will also be a significant component of the Digital Assets Exchange initiative being built by the city of Busan in collaboration with a number of the world’s biggest cryptocurrency exchanges, including Binance.

All cryptoasset issuance is currently prohibited in South Korea, although the FSC and president Yoon Suk-yeol have both said they aim to modify this regulation.

Eraj Asadi has been appointed SVP by WebBank

Google’s advertising division is being sued by DOJ

Eraj Asadi has been appointed SVP by WebBank

Google’s advertising division is being sued by DOJ

You should be able to easily afford $200k car, a 24-year-old finance YouTuber said to his subscribers