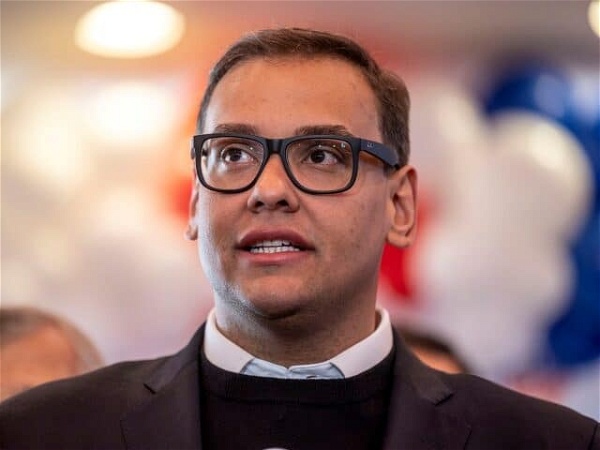 According to Patch on Tuesday, George Santos is accused of stealing more than $3,000 from a handicapped veteran who was collecting money for his dog’s surgery.

According to the report, in 2016, when Santos was leading Friends of Pets United under the name Anthony Devolder (a video recently surfaced of the New York politician introducing himself as “Anthony Devolder” at a pro-Trump LGBTQ event), disabled Navy veteran Richard Osthoff was raising money for his dog Sapphire.

Santos, who is currently under criminal investigation for misrepresenting his qualifications during his bid for congress, allegedly helped the veteran raise $3,000 on GoFundMe after they got in touch, cancelled the page, and then vanished with the money. The IRS was unable to locate a recognised charity by that name, despite Santos’ claims that Friends of Pets United was a tax-exempt organisation that he created in 2013.

Osthoff told the newspaper, “He stopped returning my calls and texts.

Osthoff shared images of his Facebook posts in which he detailed how his dog passed away in 2017 without receiving the necessary life-saving care and that he was unable to pay for its euthanasia and funeral. “I had to begging. The veteran claimed, “It was one of the most disgusting things I ever had to do.

After the GoFundMe was taken down, Osthoff received assistance from Michael Boll, a local police sergeant who directed NJ Veterans Network, to contact Santos.

“You’re messing with a veteran,” I said [Santos], and you need to return the money or use it to get Osthoff another dog,” Boll added. On the phone, he was utterly unhelpful.

According to Osthoff, Santos persuaded him to go to a New York-based vet clinic where he had “credit,” but the doctor there informed him they “couldn’t operate the tumour.” After the GoFundMe wasn’t handled his way, Santos allegedly told Osthoff during a final chat that the organisation had used the money “for other pets.”

“Remember that GoFundme […] contributed because of our credibility. In a screenshot provided by Patch, Santos can be seen writing, “We are with the highest standards of integrity and we are audited like every 501c3.” “Sapphire is not a candidate for this procedure. Funds are transferred to the next animal in need, and we will use resources to keep her comfortable,” the message reads.

Osthoff claimed that the passing of Saphire the following year made his PTSD worse and affected his mental health. Little child stayed by my side the entire 10 years. I genuinely considered killing myself twice, but the thought of leaving her behind without me kept me alive, he told the site. “I swallowed that dog’s final breaths when I had her put to sleep because I loved her so much.”

Santos’ pet-related news comes after the Nassau County Republican Committee demanded that he resign from his position in response to allegations that the newly elected Long Island lawmaker had made up a significant portion of his personal history and professional background.

The New York Times discovered a number of resume-related lies Santos had told, including false claims that he had attended famous universities and had worked for important financial organisations, in December. Despite historical records showing that Santos had no Jewish history, a follow-up investigation by Forward revealed that Santos had claimed to be a “proud American Jew” and a descendent of Holocaust survivors.

Investigations into Santos’ fabrications and public misrepresentations have been launched by federal authorities and Nassau County prosecutors. Santos was sworn in as a Congressman on Friday despite this, and he has since spent his first days in office dodging media and sitting alone in the House chamber.