According to DeFiLlama, Lido’s Total Value Locked increased by 33% in last month, making it largest DeFi Protocol by TVL 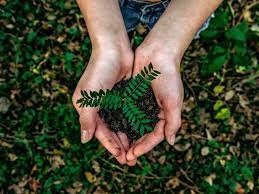 Following a period of consistent expansion for the staking-as-a-service provider, Lido now stakes its claim to the throne. At the time of publication, data from DeFiLlama showed that its TVL had increased 33% in the previous month alone.

On Lido, users have secured $7.8 billion. With smaller contributions from other blockchains, such as Solana, the majority of that value comes from the Ethereum blockchain.

In 2023, interest in liquid staking systems has increased as the value of the governance tokens for these protocols has risen. For instance, according to CoinGecko, the price of LDO has increased by 108% to $2.01 since December 31 while its average 24-hour volume has increased by 802%. Owners of LDO have control over the protocol’s administration, including the decision to establish fees and choose node operators.

Users’ excitement and increased readiness to learn about these liquid staking protocols has sparked a narrative in the crypto community as a result of the current emphasis and popularity of liquid staking protocols. Lido has been successful in gaining traction for its TVL, a well-liked gauge of the functionality and interest in the app.