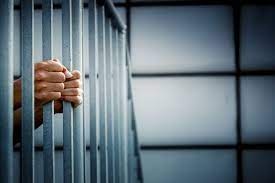 According to the U.S. Attorney’s Office District of Colorado, a Colorado man was sentenced to federal prison for his involvement in a money laundering scheme that took place back in 2020.

A press announcement stated that James Albert Witte, 69, of Wray, was given a sentence of 26 months in prison for conspiring to commit money laundering. Witte was sentenced by Judge Raymond P. Moore on Friday.

According to court records, the defendant participated in a scheme to launder money from a scam to impersonate a government official between January 2020 and September 2020.

The victims were called over the phone and tricked into thinking that “agents” from federal law enforcement organisations were looking into them.

The conspirators informed these victims that their identities had been linked to a criminal incident, that law enforcement had ordered their arrest and deportation from the country, and that the only way to avoid arrest and deportation was to pay large sums of money as instructed to the “government.” This information was also revealed in court documents.

The victims were told to take money out of their accounts and ship it to various addresses, which turned out to be Walgreens locations in northern Colorado.

According to court records, Witte’s part in the conspiracy involved picking up victims’ parcels of cash that had been sent to the Walgreens locations using bogus identification cards that had been given to him by a conspirator.

According to the news release, he spent some of the money on money orders that one of his co-defendants put into accounts belonging to other people.

The victims suffered a loss of $763,089.21 as a consequence of the postage expenses for the 33 items picked up by Witte, the cash they contained, and the shipment fees for an additional 15 packages that were either intercepted by law enforcement or a victim.

According to court records, Witte received a portion of the cash in each shipment he received.

According to the press release, Witte was also mandated to pay $763,089.21 in restitution to the scheme’s victims and serve three years of supervised release.