- Advertisment -
HomeNewsBusinessAs other statistics change for the better, Bitcoin gets closer to 10-year...
BusinessCryptocurrency

As other statistics change for the better, Bitcoin gets closer to 10-year high 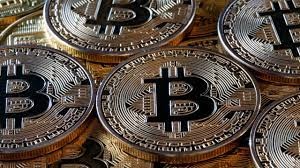 If its upward price trend continues, the first cryptocurrency in the world, Bitcoin, will soon match its historic 15-day winning run.

The longest such stretch in Bitcoin’s history lasted 15 days in November 2013, when its price moved consistently in the right direction.

BTC is currently 14 days into its winning streak, reaching four-month highs in the process.

If prices continue to rise one more day, their streak from 2013 will be broken. After that, if Bitcoin continues to rise, it will have a 16-day winning run, a new record.

Not all bullish metrics are expanding into new regions.

Given the number of wallet addresses now in use and the metric’s historical growth rate, the number of Ethereum addresses holding at least some Ether will shortly surpass 100 million.

A record-breaking high of approximately 92.5 million non-zero ETH addresses was reported on January 16 by the crypto analytics company Glassnode.

The data indicates that Ethereum is only 7.5 million non-zero addresses short of reaching the 100 million address mark.

Since 2019, the number has increased by about 20 million annually. If the current trend holds, non-zero ETH wallets may reach 100 million by the second quarter of 2023. The number of its validators, or the organisations in charge of approving transactions executed on the Ethereum network, is another Ethereum statistic that has increased over time.

It happens at a time when the Shanghai hard fork scheduled for March would, among other things, allow validators to finally withdraw their ETH that was staked so they could assist with network validation.

For people who wish to use their cryptocurrency on goods, the United States is the nation that is most acceptable.

The industry that accepted cryptocurrencies the most was e-commerce, closely followed by the travel sector.

Microsoft, a major participant in the tech industry with a market valuation of $1.8 trillion, was the biggest company to accept cryptocurrencies.