As regulatory pressure increases, demand for cryptocurrency lawyers will increase 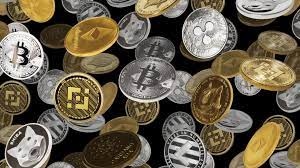 Two legal professors predict that crypto-savvy lawyers will become more crucial to Web3 enterprises, especially in the wake of FTX’s collapse and as the sector braces for regulatory uncertainty.

Thomas Hook, a professor at Boston Law School and the chief compliance officer of the cryptocurrency exchange Bitstamp, told Cointelegraph that Web3 attorneys will soon become “business differentiators” because of the challenging work of guiding businesses through legal and regulatory difficulties.

According to Hook, this will ultimately influence how quickly businesses can bring their goods to market:

“Web3 companies will continue to require the assistance of legal and compliance specialists due to the complexity and lack of clarity in many rules. These people are increasingly becoming differentiators for businesses because of their ability to facilitate or obstruct a company’s ability to enter a market rapidly and in a compliant manner.Without them, businesses risk failure as regulators attempt to control the sector, continued Hook.

According to Senior Research Fellow Dr. Aaron Lane of RMIT’s Blockchain Innovation Hub, Web3 businesses should be cautious in the current climate and seek legal counsel as necessary.

Entrepreneurs are skilled at making decisions in unpredictable economic environments, but they struggle more when operating in unclear legal environments.

The velocity of blockchain-based innovation, together with the more than 50 separate digital asset measures that have recently been submitted in the US Congress, according to Lane, further demonstrate the need.

He thinks that the commercial legal industry, which is a “crucial” foundation for lawyers in the crypto business, will produce some of the top Web3 lawyers.

“A good business lawyer will also be a good Web3 lawyer. The top Web3 attorneys in the sector today began their careers as some variety of commercial attorneys, and I anticipate that their fundamental training will continue to be important.However, Lane emphasised that during the following ten years, “knowledge of the technologies that make up the Web3 stack would be increasingly in demand.”

However, according to Neil Dundon, the founder of CryptoRecruit, the industry is still “extremely specialised” at the moment.

In-house lawyers, who focus primarily on disputes involving financial services and securities laws, provide a smaller portion of the legal assistance for Web3 firms, according to Lane.

Stetson Bennett, a former Georgia quarterback, was arrested in Dallas and is now charged with public intoxication