- Advertisment -
HomeNewsBusinessBefore fleeing on a bicycle in north Houston, the suspect is accused...
BusinessMoney

Before fleeing on a bicycle in north Houston, the suspect is accused of robbing the owner of a zip-ties firm of his Christmas bonuses 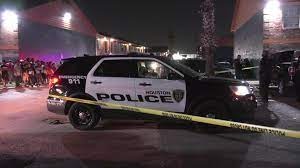 The Houston Police Department is looking for the person responsible for the last month’s armed robbery of a company owner.

Around 6 o’clock on December 16 authorities were called to reports of a robbery at a store in the 2700 block of Bostic.

The proprietor of the firm claimed that as he was working at his desk, an unknown suspect burst in brandishing a weapon and ordering him to kneel down.

After tying the owner’s hands with a zip tie, the suspect claimed that he had heard rumors about him having money in the company and demanded to know where it was. After finding the owner’s Christmas bonuses, which were each placed in an envelope, the suspect stole his wallet. He then rode out on a bicycle from the area.

Hispanic male with a large build, wearing a black mask, jacket, rucksack, and gloves, the suspect is described.