Before leaving, backstage news about Naomi’s WWE status and her preparation for Big Money 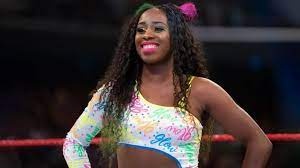 Before quitting the organisation last year, Naomi reportedly had a hefty WWE contract in the works.

While still holding the WWE Women’s Tag Team Titles, Naomi and Sasha Banks (now known as Mercedes Moné in NJPW) left a WWE RAW filming in mid-May of last year because they were unhappy with their creative direction. Naomi was reportedly on the verge of renewing her contract with WWE, despite recent news that Moné was quitting the company.

Naomi’s WWE contract was about to expire at the time of the walkout, but both parties appeared willing to extend it, according to Fightful Select. Furthermore, before the problems that resulted in Naomi and Moné’s departure, Naomi was probably on her way to the “largest money contract of her career.”

According to certain sources, Naomi has kept in good touch with WWE, but this has not been verified and, if it is, it has been kept a secret.

According to rumors, Naomi won’t be joining to NJPW and will instead soon make a comeback to WWE. It was reported that there had been recent developments and that Naomi would be returning soon, albeit no specific date was given for her arrival. The two sides have spoken, and a higher-up source from WWE said they are “sure” she will return to the WWE ring, according to Fightful. The insider was unable to give a precise return date for Naomi, much like with the early January rumour.