Binance to allow crypto collateral off exchange for institutional users 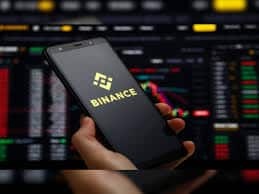 In order to allay worries raised by the demise of former rival FTX, Binance, the owner of the largest cryptocurrency exchange in the world, will permit institutional investors to maintain the collateral for leveraged positions off the platform.

According to the company, these businesses will also have the choice to post collateral with Binance Custody, which will retain the funds in offline wallets known as “cold storage.” The assets would then become unlocked and available to the user once the deals are completed.

Launched in 2021, Binance Custody is a distinct legal entity registered in Lithuania, according to the business.

After authorities claimed that FTX misappropriated consumers’ funds, the fall of FTX late last year raised concerns about the capacity of cryptocurrency exchanges to safeguard assets.

Users withdrew money from Binance and other competitors after FTX’s downfall. Users of Binance’s trading platform withdrew billions of dollars in a single day at the height of that drop in early December. Midway through December, more cause for concern arose when Mazars, an accounting company, stopped working on proof-of-reserves reports for Binance and other cryptocurrency companies.

“Our clients are much better at controlling risks, “said Catherine Chen, the executive in charge of VIP & Institutional at Binance. “We hear from our consumers that they enjoy trading on Binance but feel “pressure” from their internal risk control at the same time. They must seek for strategies to help them diversify the on-exchange risks if they want to build up their activity on Binance in the future.”

According to a company spokeswoman, the institutional division of Binance, which serves proprietary trading companies, hedge funds, family offices, and other businesses, reported a 17.4% growth in new clients from the third quarter to the fourth.