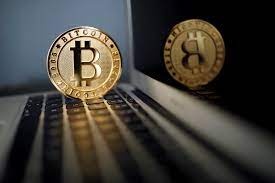 Following a disappointing sales projection from technological heavyweight Microsoft Corp. that dampened overall market mood, Bitcoin is on the verge of seeing its first back-to-back decline since the year’s beginning.

The biggest token, which had been trending lower during US business hours, dropped as much as 2.5% and was trading at around $22,650 as of 6:11 a.m. on Wednesday in London. Several smaller coins, like Ether, Cardano, and Avalanche, also saw negative returns.

One of the numerous investments that increased in value at the beginning of 2023 was digital assets on wagers that central banks would curtail or even stop raising interest rates in the coming months. The upbeat outlook, though, is susceptible to reversals, such as if the Federal Reserve pushes back against dovish predictions in the ongoing battle against inflation at its policy meeting next week.

According to Tony Sycamore, a market analyst at IG Australia Pty, the disappointment over Microsoft’s predictions spread to cryptocurrency, which is still quite tightly associated with technology companies.

This year, holding risky assets has been like to attempting to grip a ball under water, he claimed. “The market is now debating how much further to push them.”

According to Hayden Hughes, CEO of social trading platform Alpha Impact, a rush of short covering that likely contributed to the 36% increase in Bitcoin this month may also be winding down.

He added that as hedge funds resumed short positions after taking the weekend off, “prices started to reverse themselves.”

According to Katie Stockton, who founded the technical analysis-focused research company Fairlead Strategies LLC, Bitcoin will encounter major resistance at roughly $25,000. The token last reached that level in August.

In a note published this week, Stockton stated that she is “neutral intermediate-term” over Bitcoin’s return to overbought conditions.

Due to increased borrowing costs and a string of crypto meltdowns, both Bitcoin and a measure of the top 100 tokens lost more than 60% of their value in 2018. According to data from CoinGecko, the market value of all digital tokens increased by nearly $250 billion in January.