- Advertisment -
HomeNewsBusinessBusinesses anticipate lesser chances of a U.S recession, according to NABE
Business

Businesses anticipate lesser chances of a U.S recession, according to NABE 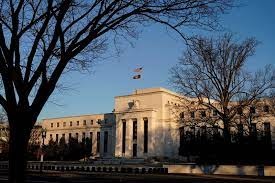 According to a study on business conditions issued on Monday, the potential that the United States is either in a recession or will enter one this year has decreased over the past three months to 56% from a nearly two-thirds possibility.

A little over half (53%) of those surveyed by the National Association of Business Economics (NABE) predicted that the US would experience a recession within the next 12 months, while 3% said they believed the US was currently in one.

In a previous NABE poll conducted in October, 64% of participants said there was a more-than-even chance that the U.S. economy would experience a recession during the next 12 months.

The most recent poll, which was conducted from January 4-11. A total of 60 NABE members who work for private-sector businesses or industry trade associations participated.

Additionally, the survey revealed that respondents anticipated a decline in inflation within their respective industries and businesses, with a forward-looking measure of prices charged falling by 10 percentage points since the previous survey to reach its lowest level since October 2020.

At its policy meeting on January 31–February 1, the Federal Reserve is anticipated to raise interest rates by a quarter of a percentage point as it nears the end of its cycle of rate increases now that high inflation is beginning to decline.

In an effort to control inflation, which was near 40-year highs, the U.S. central bank increased rates last year at the highest rate since the early 1980s. According to the Fed’s favoured metric, inflation is still close to three times the 2% target set by the institution.

There is optimism that inflation can be controlled without triggering a recession as seen by recent economic data showing that it is continuing to recede and that consumer and producer prices, profits, and salaries are all expanding more slowly.

According to Yellen, failure to raise U.S debt ceiling would result in “economic and financial catastrophe”

In 2023, flavors trends might be influenced by their cultural origins

According to Yellen, failure to raise U.S debt ceiling would result in “economic and financial catastrophe”

In 2023, flavors trends might be influenced by their cultural origins