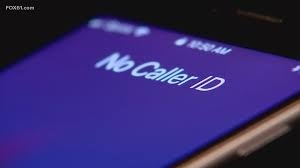 The Wallingford Police Department is warning the public to be on the lookout for con artists, especially those who use the telephone to solicit money from potential victims.

A local resident recently complained to the police about receiving calls from individuals posing as Wallingford police officers and DEA agents.

The call appeared to be from the police even though it was actually scammers using the “spoofed” Wallingford Police Department phone number.

The con artists requested that the person purchase gift cards and email them images of the cards.

The con artists threatened to have the citizen arrested if they disobeyed.

Police advise people to be cautious while picking up the phone. According to officers, the police force never calls people to do transactions on their behalf over the phone or ask for cash or gift cards.

Anyone who receives an ominous phone call or email purporting to be from the police is urged to go to the Wallingford police department’s offices at 135 North Main Street or dial (203) 294-2800 to talk with a dispatcher.