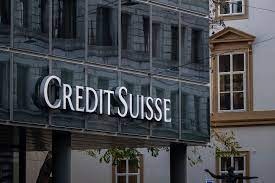 In an interview with CNBC on Wednesday in Davos, CEO Ulrich Koerner stated that Credit Suisse is witnessing a reversal of outflows.

“Outflows have drastically decreased, and we are already observing money returning in many areas of the company,” he said.

In regards to any conflicts of interest arising from the bank’s acquisition of Michael Klein’s consulting business, Koerner stated that he has “zero reservations.”

The Swiss bank would value M. Klein & Company at a few hundred million dollars, according to a story from earlier this month.

According to the possible agreement, shareholders of M. Klein & Co. would be able to use the selling profits to purchase a future ownership in CS First Boston.

Koerner declared, “We can handle a circumstance like that in the most professional manner possible.

“I am extremely excited for Michael to join because Michael is a great banker, a great dealmaker, and he is very entrepreneurial, and that is why I want to embark on a journey with him,” says the prospective travel companion.