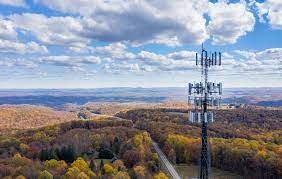 As its blockchain business for digital currencies expands, CryptoBlox stated it will leverage the immersion cooling and thermal heat exchange technology from CryptoTherm. In addition, CryptoBlox said it would devote efforts to expanding CryptoTherm’s sales of immersion pods, ASIC miners, 500kW and 1MW cryptovault containers, and immersion fluids for cooling.

In exchange for a supposed transaction value of $20 million, 400 million common shares of CryptoTherm will be issued.

According to CryptoBlox, CryptoTherm’s immersion cooling technology will improve the company’s position as an intellectual property owner in the market for digital currencies.

According to CryptoBox CEO Bryson Goodwin, “This is one of our most exciting investments and our most strategic acquisition to date.” “We believe the acquisition will enable us to dramatically build our blockchain business for digital currencies and harness CryptoTherm’s extraordinary value.”

CEO of CryptoTherm Austin Bank expressed his delight with the agreement with CryptoBlox. Through this transaction, we will be able to work together and take advantage of our unique capabilities to succeed even more. I have faith that working together, we can explore new possibilities and utilise all of our combined skills and resources to their fullest extent.

In Athabasca County, Alberta, Canada, CryptoBlox is building a mining plant that will start operating in the first half of 2023. The company has acquired the right to develop a site held by an oil producer that wants to utilise flared natural gas related with oil production. The site’s initial capacity is anticipated to range between 3.5 and 5 MW, eventually growing to 10 MW.

According to DOJ, Sam Bankman-Fried attempted to influence witnesses via Signal

According to DOJ, Sam Bankman-Fried attempted to influence witnesses via Signal