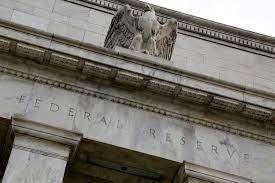 The final week before the Federal Reserve’s quiet period before the next policy meeting was a busy one for Fedwatchers looking for signs about the central bank’s next move, as it typically is.

And it comes during a week in which the most important Fed news had nothing to do with policy, with the Fed revealing on Wednesday that Fed Chair Jerome Powell had tested positive for COVID-19.

Powell, according to the Fed, was suffering from minor symptoms and was working remotely while isolating himself at home. The announcement comes 13 days before the Fed’s two-day policy meeting, which is due to begin on January 31.

Concerning the Fed’s Feb. 1 decision, numerous Fed members stated this week that they preferred decreasing the pace of interest rate hikes while continuing to raise and sustain higher interest rates.

Officials are encouraged by signs of reducing inflation, but many point to persistently high service inflation, excluding housing, and are wary of being “head-faked,” as Fed Governor Chris Waller phrased it.

In a lecture Thursday at the University of Chicago School of Business, Brainard said that while there are positive indicators that inflation has slowed, the Fed should maintain its restrictive monetary policy.

The recent slowdown in salary growth and price trends for essential products and non-housing services, according to Brainard, gives her hope that the wage-price spiral of the 1970s is not currently taking place.

Brainard responded that estimates of the impact of the Fed’s balance sheet shrinking range from 50 to 75 basis points of tightening.

The December CPI report, according to Fed Governor Chris Waller, is encouraging. However, he pointed out that when inflation is measured monthly, it is at the level it was in March, when the Fed started raising interest rates, and by that standard, it has essentially moved sideways throughout the year.

Waller praised the decrease in pay growth but warned that salaries must still decline further to lower inflation.

Waller said that the Fed will hold off on raising rates because the market is more certain than it is that inflation would decline more quickly this year.

Waller stated that while it would be wonderful if it did, the Fed must manage the risk that inflation won’t slow down. Waller is in favour of maintaining rate increases, but doing so gradually.

Beyond that, we still have a long way to go before we reach our target of 2% inflation, so I anticipate supporting further tightening of monetary policy.

Collins stated that she believes rates, which currently range from 4.25 to 4.5%, will need to be raised to slightly above 5% before being maintained there for a while. Collins said it makes sense to raise rates at a slower pace and balance the dangers of bringing down inflation vs considerably increasing unemployment because rates are in the restricted range and we may be approaching the top.

Lorie Logan, president of the Dallas Federal Reserve, said in a speech in Austin, Texas, on Wednesday night that she wants to limit the rate of increases to ensure that the Fed balances the need to control inflation with the need to avoid wrecking the economy. According to Logan, who is keeping an eye on the financial situation, the Fed might always hike rates more, even after pausing.

Speaking this week in Delaware and New Jersey, Philadelphia Fed President Patrick Harker expressed his support for a slower rate hike pace and his expectation that at some point this year, the policy rate will be restrictive enough to maintain rates steady and allow monetary policy to take effect.

According to Harker, reducing the Fed’s balance sheet also removes a sizable amount of accommodation.