- Advertisment -
HomeNewsBusinessExecutives from Ripple provide their cryptocurrency forecasts for 2023
BusinessCryptocurrency

Executives from Ripple provide their cryptocurrency forecasts for 2023 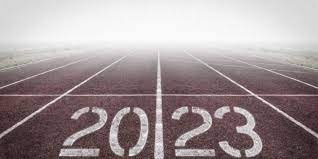 FinTech According to Ripple, 2023 will be the year that cryptocurrencies and blockchain technology truly come of age.

According to a blog post by Ripple, the sector is expected to move away from speculative enterprises and toward ones that use cryptotechnologies to solve real-world issues and unmet consumer demand.

The use of non-fungible tokens and digital currencies created by central banks is also predicted to increase (CBDCs). The environmental impact and sustainability of cryptocurrencies will garner more attention, and institutions’ acceptance of them is expected to continue.

Sendi Young, Managing Director of Europe and the UK at Ripple, thinks CBDCs will strengthen their role as a financial inclusion and central bank amplifier.

Due to the potential gains in efficiency, transparency, and speed, she also thinks that institutions would quicken their long-term adoption of crypto solutions despite the market downturn.

In order to test cutting-edge strategies for enhancing cross-border payments, Ripple aims to start more pilot projects with CBDCs around the world, according to James Wallis, vice president of central bank relations at the business.

According to Ripple’s CTO David Schwartz, the next generation of NFTs will highlight use cases in industries like carbon markets and real estate. He asserts that these applications, which support efficiency and ownership transparency, will determine whether use cases are effective and whether NFTs become a mainstay on the market.

Brooks Entwistle, SVP and Managing Director of APAC at Ripple, compares the situation of the cryptocurrency market now to the “dotcom bubble,” which saw quick expansion, a subsequent crisis, and eventually reached industry maturity. He believes that this situation will continue to drive out cryptocurrency businesses that only rely on hype.

Ken Weber, VP of Impact at Ripple, anticipates that large non-governmental organisations (NGOs) will begin using cryptocurrency to better serve the financially vulnerable, such as refugees and internally displaced people. Weber believes that cryptocurrency can function as a cross-border payment mechanism when traditional corridors are compromised or ineffective.

The adoption of blockchain technology and digital assets by institutions is anticipated to rise despite the present bear market as businesses continue to investigate and roll out trial projects. The industry may also experience consolidation as a result of the recent failure of FTX and other businesses, as well as when financially secure organisations undertake acquisitions to fill in holes in their own capabilities. Additionally, there can be a rise in the number of traditional financial service providers and well-established businesses from other sectors purchasing cryptocurrency and blockchain businesses.

The environmental impact of blockchain and the energy usage of blockchain solutions will come under more scrutiny as consumers and politicians place a greater emphasis on sustainability. To remedy this, the use of less energy-intensive blockchain systems and the tokenization of carbon credits may gain popularity. The popularity of central bank digital currencies (CBDCs) is anticipated to grow as more nations announce their intention to start pilot projects. The need for a trustworthy digital asset for settlements has been further underscored by FTX’s demise.

The adoption of fiat-backed stablecoins is expected to increase in 2023 as institutions want to profit from blockchain technology’s advantages, such as real-time merchant payments. The emergence of new fiat currencies that are not US dollars may potentially be driving this trend. In the UK and Europe, the crypto industry is expected to be regulated. In order to encourage the growth of the crypto asset sector, regulators will establish a clear regulatory framework once the UK’s Financial Services and Markets Bill is put into effect. Even though it won’t take effect until 2024, the EU’s Markets in Crypto-Assets (MiCA) is anticipated to be approved by the European Parliament and will lay the groundwork for Level 2 European Supervisory Agencies to produce guidelines and standards for the crypto industry.

Share
Facebook
Twitter
Pinterest
WhatsApp
Print
Linkedin
ReddIt
Email
Telegram
Flip
Copy URL
Previous article
Saudi Arabia has the resources, but is it able to draw in outside investors?
Next article
Torii Hunter deserves to be on the BBWAA Hall of Fame ballot