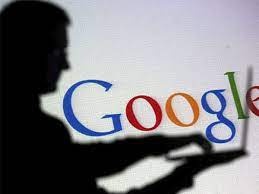 Google is delaying complete year-end bonus cheques by a few months, illustrating a fundamental rule of personal finance at the same time: Never depend on money you don’t have on hand.

According to Carolyn McClanahan, a certified financial planner and director of financial planning at Life Planning Partners, based in Jacksonville, Florida, “if you know money is coming down the road, you can think [about] what you might want to do with it, but don’t have it spent before it gets there.”

According to a document acquired by CNBC, Google employees who are eligible for bonuses will receive 80% of the total in January and the remaining 20% in March or April. That differs from Google’s custom of sending out complete checks in January. According to a Google spokeswoman, the change was “extensively” discussed.

Google made its planned 12,000 layoffs public on Friday.

According to reports, Goldman Sachs reduced junior bankers’ bonuses by up to 90%. The investment bank announced job layoffs earlier this month for up to 3,200 workers, or 6.5% of its staff.

According to Gusto, a payroll provider, small businesses reduced 2022 bonuses across all industries by 9.7% to an average $526, down from $582 in 2021. They experienced the largest decline (by 10.7%) among financial institutions, legal firms, and other “professional services” providers.

Luke Pardue, an economist at Gusto, recently noted in an analysis that “while firms prepare for what 2023 has in store, they paid out lesser end-of-year bonuses to conclude 2022,” pointing to an uncertain economic prognosis for the year ahead.

As previous examples from businesses have proven, there is typically no guarantee regarding the timing or size of year-end bonuses. Therefore, employees should refrain from spending money they do not yet have but are expecting to receive.

According to McClanahan, a member of CNBC’s Advisor Council, “companies are so different in how they determine and pay incentives.”

Although it may seem like common sense to wait until you have a windfall before spending it, she said many employees really fall into the trap of overextending themselves.

When consumers anticipate receiving a larger check from the government than is actually paid during tax season, tax refunds are more frequently a source of frustration than bonuses, according to McClanahan.

Individual tax filing season begins on January 23. According to a recent Credit Karma survey, 30% of Americans think they’ll rely on a tax refund windfall to make ends meet. However, the IRS has reminded taxpayers that because of the large number of pandemic-era tax breaks have expired.