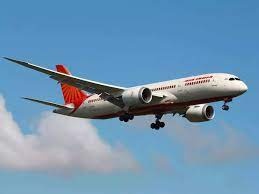 On Tuesday, Air India, a member of the Tata Group, announced that it has reviewed its current in-flight alcohol serving policy and made some clarifications. The airline used examples from other carriers’ practises and suggestions from US NRA regulations.

A spokeswoman for Air India stated that the “US National Restaurants Association’s Traffic Light system included to help crew recognise and manage probable incidents of intoxication.”

According to Air India, the standards were generally in accordance with our current procedures.

Additionally, the airline has provided dos and don’ts for its wait staff regarding how to deal with customers while providing alcohol.

“Alcoholic beverages must be served in a responsible and secure way. This includes politely declining to provide a visitor alcohol (again), “explained Air India.

The Directorate General of Civil Aviation (DGCA) fined Air India earlier today for breaking the law when it handled a disorderly situation on its New York–Delhi aircraft on November 26 when Wells Fargo’s former vice president Shankar Mishra allegedly urinated on a female co-passenger.

The airline, however, claimed that the DGCA’s recent suspension of a pilot’s licence was “extreme” as a result of a passenger’s disruptive behaviour on one of its flights.

The pilot-in-command on the flight from New York to New Delhi had his or her licence suspended by the aviation authority for a period of three months.

The flight crew and ground staff should have reported the incident as disorderly behaviour by a passenger, according to Air India, but they did not.

Air India said in a statement that it “considers the licence suspension of the captain excessive and will be aiding him with an appeal” and expressed gratitude for the crew’s “good faith efforts to handle the situation efficiently in real time, when not all information were accessible.”