Japan urges other countries to regulate cryptocurrencies like banks 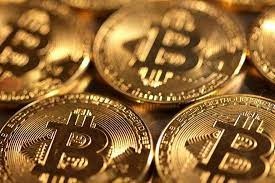 Following the failure of Sam Bankman-FTX Fried’s digital-asset exchange, Japan is calling on regulators around the world to enforce crypto laws with the same rigour as they do banks.

Mamoru Yanase, deputy director-general of the Financial Services Agency’s Strategy Development and Management Bureau, stated in an interview that “Crypto has become this huge.” “If you want to adopt effective regulation, you must govern and oversee online businesses in the same way that you do with traditional institutions.”

The collapse of FTX and accusations of fraud against Bankman-Fried have devastated the cryptocurrency market and drawn attention to inconsistencies and discrepancies in international regulation of digital assets. Investors, who will soon be allowed to withdraw their money from FTX’s local affiliate, have been protected by Japan’s regulations.

Cryptography itself hasn’t caused the most recent scandal, according to Yanase, who has also worked on financial regulation. “It is a lack of regulation and oversight, lax internal controls, and loose governance.”

According to Yanase, the Japanese regulator has “begun to press” its counterparts in the U.S., Europe, and other regions to supervise cryptocurrency exchanges similarly to how banks and brokerages are supervised. He stated that through the Financial Stability Board, a worldwide organisation focused on global regulation of crypto asset activity, the nation has been making its opinion heard.

While Germany’s securities watchdog has asked for international regulations to maintain financial stability, the Securities and Exchange Commission of the United States has hinted that it may intensify its crackdown on crypto businesses.

In order to ensure that these businesses are correctly managing their clients’ assets utilising offline wallets, officials should also be authorised to take supervisory actions, such as conducting on-site inspections of these businesses, he said.

When major crypto enterprises collapse, it might be necessary for nations to establish a multi-national resolution mechanism to coordinate, he added. How to maintain consistency from island states to those viewed as worldwide financial hubs may be a priority in global regulatory debates, he suggested.