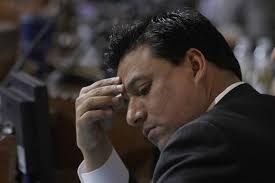 The accusations are a part of a corruption and money-laundering scheme based at City Hall, in which Huizar accepted more than $1.5 million in cash, excursions to casinos, and escorts in return for his support of a proposed downtown hotel project.

Huizar entered into a plea agreement on Wednesday, agreeing to confess to racketeering conspiracy and tax evasion. On Thursday afternoon, the plea agreement was submitted to the Los Angeles federal court.

Huizar appeared in court on Friday morning and entered a guilty plea to the two offences before U.S. District Judge John Walter. Then, Judge Walter set the date for the sentence on April 3.

Jose Huizar stated in a statement made public early on Friday: “To my family, my supporters, and the City of Los Angeles, I sincerely apologise. My behaviour was unacceptable, and I’ll take responsibility for the results. Healing must now take place. My family needs some time to heal, and I’m hoping that by taking ownership of my mistakes, the City will also be able to recover from the damage I did.”

Huizar has consented to a prison term of at least nine years in exchange for the guilty pleas, even though the plea deal says that he might receive a sentence of up to 26 years in prison. In terms of punishment, the judge has the final say.

According to the document, Huizar will be required to pay roughly $1.85 million in reparations when sentenced. The current sentencing date is April 3, 2023.

Raymond Chan, a former deputy mayor and Huizar’s co-defendant, has not yet indicated whether he would enter a guilty plea. The defendants’ trial date had been set for February 21.

A 34-count indictment against Huizar and his friends resulted in convictions in two trials. Shen Zhen New World I LLC, a real estate development business, was found guilty last month of paying Huizar $1 million in bribes in order to get the city’s approval to build a 77-story skyscraper.

For providing $500,000 in cash to Huizar and his special assistant in exchange for their assistance in resolving a labour organization’s appeal of their downtown development project, Bel Air real estate developer David Lee and 940 Hill LLC, a Lee-controlled company, were found guilty of felonies by a federal jury in the first Huizar-related trial in June.

The prosecution called Huizar’s 83-year-old mother, his older brother, and his estranged wife as witnesses during the Shen Zhen trial.

Huizar and Chan are accused of extorting developers while Chan served as the deputy mayor in 2016 and 2017 under ex-Mayor Eric Garcetti.

Huizar served as the head of the Planning and Land Use Management Committee, or PLUM Committee, which handled significant commercial and residential development projects in the city, as part of his duties on the City Council.

As a result of “Operation Casino Loyale,” the ongoing investigation by the FBI and the U.S. Attorney’s Office into corruption at City Hall, federal prosecutors have so far obtained convictions for a total of nine defendants and received more than $3 million in criminal penalties to end the federal investigation into two other significant real estate development companies.