Lowest level of business confidence in New Zealand since 1974 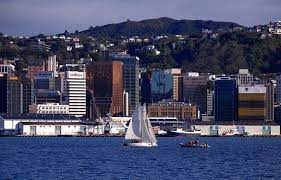 According to a private think tank, New Zealand’s business confidence dropped to its lowest level since 1974 in the fourth quarter of last year as companies struggled with rising interest rates, cost pressures, and weak demand.

According to the quarterly survey of business opinion (QSBO) conducted by the New Zealand Institute of Economic Research (NZIER), a net 70% of the enterprises surveyed anticipated a decline in overall business conditions, up from a pessimistic 42% in the previous quarter.

It also noted that on a seasonally adjusted basis, business confidence is at its lowest point since 1974 and lowest level overall since the survey’s inception in 1970.

In comparison to the preceding period’s 43% pessimism, 73% of respondents on a seasonally adjusted basis predicted that business conditions would deteriorate. From 94.5% the previous quarter, the survey’s measure of capacity utilisation dropped to 93.7% this quarter.

According to NZIER, the survey was conducted after the central bank meeting in November, which was more hawkish than anticipated and which affected sentiment.

The most pessimistic groups in the December quarter were the retailers and builders. According to NZIER’s analysis, businesses have grown far more cautious and are now looking to cut employment and investment plans.

It stated that a net 81% of companies reported rising costs in the December quarter.