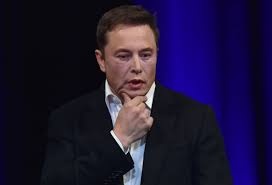 In the pool of potential jurors for the Tesla Inc. CEO’s fraud trial next week, a northern Californian who called Elon Musk “the future Trump” and claimed that his enormous fortune had turned him into “a delusional narcissist” didn’t stay long.

However, despite Alex Spiro, Musk’s attorney, objecting, a woman who responded in a questionnaire that “Mr. Musk is not pleasant” wasn’t instantly disqualified.

US District Judge Edward Chen said during a hearing Friday in San Francisco as he huddled with attorneys for a preliminary round of jury screening to determine which candidates should be called into court for more questioning next week that “likability is not at the core” of evaluating who is fit to sit on the civil jury.

The woman’s show of hostility at one of the most well-known and wealthy businesspeople in the world was, the judge continued, of “low intensity” in comparison to previous expressions. The commenter who said, “The automobiles are gorgeous, but Mr. Musk is an imbecile,” was not disqualified by Chen.

And so it went: Spiro complained that his client can’t obtain a fair trial in San Francisco “period, full stop,” while Chen expressed confidence in his ability to quickly appoint a 12-person impartial panel.

The court hopes to choose the jury by Tuesday, after which the trial will begin with opening arguments and witness testimony, maybe including Musk himself.

Out of a pool of around 200 potential candidates, 82% of those who acknowledged having an opinion about the billionaire indicated in the questionnaires that they have a bad opinion of him, so the difficulty is to sift out anyone who might be biassed.

On Friday, Chen separated possible jurors into two groups: those who had expressed neutrality or even positive views of Musk, and those who had voiced negative, sometimes scathing, opinions of Musk. Chen referred to the latter group as “hot” and “radioactive.” Depending on how they respond to additional questioning the following week, members of either group might wind up serving on the jury.

To preserve their privacy, the specifics of what the prospective jurors wrote in the questionnaires were obscured in court documents, but Musk’s team described their animosity toward the entrepreneur as fierce.

The questionnaires, according to Spiro, “not only demonstrate that a significant majority of possible jurors have animosity for Mr. Musk, but that they are not unwilling to state it openly and vividly to the court.”

Musk claims that San Francisco jurors have a “passion” against him.

Chen wondered aloud on Friday whether a juror from northern California, who lives far from San Francisco, might be accommodated in a hotel throughout the case. However, Spiro soon dispelled the notion by pointing out that the juror had portrayed Musk in the questionnaire with a vulgar word.

In 2019, Spiro, who has established himself as Musk’s go-to attorney for high-profile cases, convinced a federal jury in Los Angeles to rule in favour of the CEO after less than an hour of deliberation in a case brought by a British caveman who claimed Musk’s use of the term “pedo guy” in a tweet violated his rights to free speech.

Investors in Tesla claim that Musk’s tweets from August 2018 regarding taking the electric car maker private with “funding secured” were “indisputably false” and lost them billions of dollars by causing dramatic swings in the stock price. Musk has insisted that the sovereign wealth fund of Saudi Arabia has agreed to assist his effort to take Tesla private.

Even with the justification that “local animosity” has been rampant ever since Musk bought the social networking business in October and began laying off employees, Spiro was unable to persuade Chen on Friday to relocate Musk’s most recent trial outside of the city where Twitter Inc. is based.

The attorney referred to the media allegations as “character assassinations.” The “character reporting” has a “human being who is making firing choices” at Twitter as its “flavour and tenor.”

Chen didn’t budge. He made a reference to the “unbiased” jury that was selected for the criminal trial of disgraced Theranos Inc. founder Elizabeth Holmes by a colleague judge at a nearby courthouse. Her attorneys had also expressed worry over excessively unfavourable press.

According to Tim Crudo, a securities and criminal defence attorney, it is uncommon for cases—particularly civil lawsuits—to be moved to a different district as a result of pretrial publicity. You must demonstrate that the jury pool is so polluted that a fair trial is impossible.