On multiple fronts, households’ finances are being “squeezed” 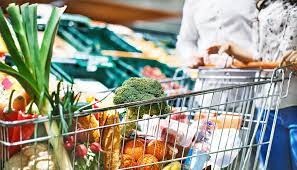 According to a top bank, households’ finances are being stretched on numerous fronts and will continue to suffer.

High rates of inflation, according to Westpac’s most recent economic bulletin, From Squeeze to Crush, have reduced purchasing power.

At the same time, borrowing costs had increased and were still increasing, and over the previous year, the value of household assets had decreased.

According to Westpac Senior Economist Satish Ranchhod, “the pressure on many families’ finances is going to become much more extreme over the year ahead.”

“Over the next 12 months, up to half of all fixed-term mortgages will be available for repricing, and those borrowers will face refixing at significantly higher interest rates.”

He predicted that the higher interest rates would significantly reduce discretionary incomes.

The Reserve Bank has been raising interest rates quickly, he noted, in an effort to slow down demand and quell the economy’s spiralling inflationary pressures.

However, we predict that the country will enter a recession in late 2023 or early 2024 as the full impact of those interest rate increases ripples through the economy.

According to Ranchhod, the unemployment rate will increase from its present level of 3.3 percent to roughly 4.8 percent in the upcoming years.

The economy as a whole will be affected by the tighter financial conditions, but there would be significant variances amongst household groupings, according to him.

Particularly, he noted, “those who bought their first property in the past couple of years could see their finances being strained.”

“Even those who are still employed will find it considerably harder to maintain their current level of expenditure. That might seriously hinder economic progress.”

According to Ranchhod, the state of the economy would not get better as long as there was excessive inflation.

Some of the worst rates ever recorded are reported in the most recent quarterly poll of business confidence.

The New Zealand Institute of Economic Research statistics showed company confidence may be even lower now than it was during the 2008 recession, according to yesterday’s announcement.

According to Kiwibank Chief Economist Jarrod Kerr, businesses were experiencing lower profitability due to inflation and were concerned about the possibility of a recession.

What disturbs me is that businesses have decided to cut back on their future investment in this environment, and it kills growth rather quickly.

While the Reserve Bank was faking a recession, Kerr claimed he was worried it might last too long and deepen more than was necessary.

He claimed that increasing the Official Cash Rate from its present level of 4.25 percent to as high as 5.5 percent would be “a step too far.”

The effects of much increased loan rates were already being felt in corporate expenses.

“Inflation pressure is still increasing, which is impacting businesses once again, but I do believe the labour market will soften this year.”

Businesses have already made it known they will be laying off workers.

According to Kerr, the nation’s economy would have a considerably rougher landing if there was a global recession.

Healthy surroundings and communities are beneficial for business

Healthy surroundings and communities are beneficial for business