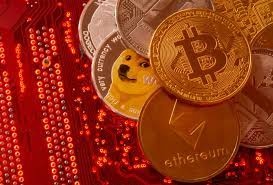 The Economic and Monetary Affairs Committee of the European Parliament voted to put stringent regulations on banks wishing to store cryptocurrency.

Before the European Commission proposes more comprehensive regulations, the measures, a leaked version of which was reported by CoinDesk on Monday, are an attempt to anticipate international norms that would limit the amount of unbacked assets, such as bitcoin (BTC) and ether (ETH), lenders can hold.

In the meanwhile, according to Markus Ferber, the economic spokesman for the largest political group in the Parliament, “banks will be compelled to keep a euro of own capital for every euro they hold in crypto.” Such onerous capital requirements will aid in preventing the banking system’s instability from spreading to the crypto realm.

We have observed that crypto assets are high-risk investments during the last several years, he said.

The breadth of the amendment may be too broad, according to the lobbying organisation for traditional finance companies, the Association for Financial Markets in Europe.

The organisation argued in an email statement that the issues should be addressed later in the legislative process because “there is no definition of crypto assets in the [legislation] and the requirement may apply to tokenized securities, as well as the non-traditional crypto assets the interim treatment is targeted at.”

The proposal from the Basel Committee on Banking Supervision, which has proposed that holdings of unbacked cryptocurrency should be given the highest possible risk weighting and be limited as a proportion of a bank’s total issuance of core financial instruments, is mirrored by the action taken by the Parliament’s committee.

The changes still need to be approved by the European Parliament and agreed with national finance ministers who convene in the Council of the European Union as part of a more comprehensive package of bank capital reforms before they can become law.