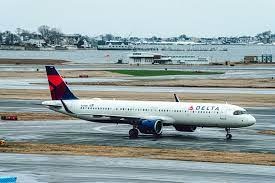 Delta Air Lines released its financial results for the year’s fourth quarter and its outlook for the first quarter of 2023 earlier today. With an adjusted operating revenue of $45.6 billion, the Atlanta-based carrier concluded 2022 as the seventh-strongest year in its history.

In 2022, the ascent will be continued.After receiving negative press for altering its lounge policies, Delta Air Lines published its financial results for the fourth quarter of 2022 and the entire year. With an adjusted operating revenue just 2% lower than in 2019, Delta ended 2022 looking like it had a fantastic year.

Despite the considerable increase in demand, there were still plenty of challenges. Inflation and rising fuel prices caused Delta’s operational costs to grow by about $2 billion from the previous year, to about $42 billion. Delta’s net income for 2022 was less than half of what it was in 2019, due to rising operational costs and other factors.

Long-time Ed Bastian, the CEO of Delta, was highly upbeat while discussing the airline’s successful 2022, saying that its staff stepped up to meet the challenges of the year. Next month, Delta employees will receive profit-sharing payouts totaling more than $500 million.

In addition to having a profitable year, Delta has a lot to be happy about from the previous year. SkyMiles, the airline’s frequent flyer programme, saw a membership increase of 8.5 million in 2022, making it the highest year ever. With 1.2 million customers applying for the Delta American Express credit cards in 2022, another record was broken.

Last year, 69 aircraft, some new and some secondhand, were delivered to Delta. Airbus, a European manufacturer, supplied all new aircraft introduced to Delta’s fleet last year, including new A220-300s, A321neos, A330neos, and A350-900s. A number of pre-owned Boeing 737-900ER aircraft were also added by the Atlanta-based airline.

Up until the Farnborough Airshow in July 2022, only one of the “big four” American airlines, Delta, had not placed an order for a Boeing 737 MAX. At the airshow in the UK, Delta changed that by placing a sizable order for 100 aircraft for the biggest Boeing 737 MAX type, the -10, along with a further 30 options. Delta stated when the purchase was placed that it planned to take the MAX 10s between 2025 and 2029.