SEC steps up its crypto enforcement 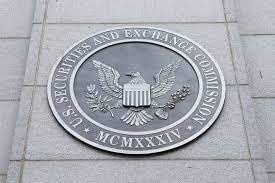 Gary Gensler, Washington’s leading opponent of cryptocurrencies, has long grown weary of what he sees as the market’s unreliable middlemen.

His office is currently taking action against the sector.

Gemini Trust and Genesis Global Capital were charged by the Securities and Exchange Commission last week with selling unregistered securities to individual investors. This action served as a strong reminder to crypto exchanges, lenders, and other platforms that they must abide by U.S. securities laws.

The SEC’s chairman, Gensler, stated in an earlier interview that the broad crypto enforcement policy of the organisation is “about compliance.” “In our industry, there is so much non-compliance. It is a component of the business plan.

The SEC has found fresh ground to control cryptocurrency in the wake of the collapse of FTX, the once-adored of the $1 trillion market that has since been battered. There are ever greater cries for stricter enforcement in Wall Street and Washington. The agency’s budget has just been increased by Congress. The SEC’s belief that crypto tokens can be securities and be subject to severe regulation even when not offered for sale to the general public through initial coin offerings has been confirmed by a court decision from late 2022.

The SEC’s push for compliance may strengthen the regulator’s control over cryptocurrencies and usher in a new era of regulation in what Gensler has dubbed the “Wild West” of financial markets. Additionally, it would allay the worries of progressive politicians and groups who want the agency to move more quickly.

However, cryptocurrency companies are ready to defy SEC oversight, resulting in one of the most important conflicts of the Gensler period.

The regulator, according to Coinbase CEO Brian Armstrong, “exhibited some extremely dubious behaviour” by effectively blocking the introduction of a loan product. Do Kwon, the founder of Terraform Labs and current crypto-fugitive, battled SEC subpoenas for months through legal challenges, including a fruitless appeal to the U.S. Supreme Court.

Additionally, Gemini cofounder Tyler Winklevoss referred to the most recent allegations made by the SEC against Gemini and Genesis as “absolutely unproductive.” In order to retrieve over $1 billion in frozen customer funds on the cryptocurrency lending platform, which the SEC claims should have been registered with the agency, Gemini and other creditors, he claimed, “are working hard together.” Winklevoss expressed in a tweet his excitement for Gemini to defend itself “against this fabricated parking ticket.”

Congress is another ally of the sector.

Gensler has been one of House Republicans’ main targets for oversight, and they have been questioning him about his work in the crypto industry. Additionally, legislation addressing the SEC’s role in the developing industry is anticipated to be discussed by Congress this year.

A basic dispute about the agency’s dominance in the market underlies the industry’s concerns with the SEC, which are frequently expressed through a combination of conspiracy theories, scorn, and trolling on Twitter.

The SEC has maintained that a large portion of the cryptocurrency market already falls within its purview as securities, and often unregistered ones at that. This argument dates back to the early days of the Trump administration. Using the “Howey Test” — an assessment of whether something qualifies as an investment contract derived from a 1946 Supreme Court decision — SEC officials including Gensler and former Chair Jay Clayton have said that most tokens are securities and that the scores of platforms dealing in them should treat them as such.

Executives in the cryptocurrency industry claim that reality is less binary. For example, a token’s qualities and use may change over time. They further claim that, with the exception of a few instances, the SEC has never designated large segments of tokens as securities or established a clear procedure for how businesses should register with the agency.

As of right now, according to Coinbase Chief Legal Officer Paul Grewal, “we have a decades-old precedent, we have speeches from specific SEC commissioners, and we have little more than that.” “Adequate guidance is necessary for this market to actually grow, and, most crucially, for investors to be safeguarded.”

However, the SEC has previously pursued a variety of crypto issues under Gensler. In a recent action against the blockchain-based publishing platform LBRY, which the agency said in 2021 failed to register its LBC tokens as securities, the agency’s current power was confirmed. In a decision from November, a U.S. judge sided with the SEC, which LBRY CEO Jeremy Kauffman believes “threatens the entire sector in the U.S.”

The frog is being cooked, according to Kauffman. “Every victory they achieve inspires them to achieve more.”

In response to proposals for new laws pertaining to cryptocurrencies, Gensler has stated that these calls are “false narratives,” according to POLITICO. A fellow Democrat and SEC Commissioner, Caroline Crenshaw, stated separately in an interview that everyone’s paper would suddenly be 9-by-12 if the SEC were to issue guidelines stating that “a security is an 8.5-by-11 sheet of paper.”

Instead, the SEC wants cryptocurrency intermediaries to become part of the current securities regulation system. According to Gensler, the agency has been speaking with firms about the registration procedure, which will entail “disentangling” their enterprises. Despite each being regulated differently, cryptocurrency organisations are sometimes set up as exchanges, broker-dealers, and custodians all bundled into one.

A person with knowledge of the situation said late last year that the agency has been urging cryptocurrency exchanges to register voluntarily because it wants to avoid legal action against a sizable portion of the industry that it feels is breaching the law.

Gensler stated that he is “unable to foresee” whether businesses will ultimately comply first through correct registration, then through enforcement proceedings, or both.

We have a wide range of instruments at our disposal to help detect and deter fraud and misconduct for regulated businesses that are completely compliant with our framework, including disclosure review, inspections, exams, and more, Crenshaw added. “The only real tool we have is enforcement when entities choose to stay non-compliant.”

For a while now, there has been increasing pressure on the SEC to adopt a more assertive stance toward cryptocurrencies, particularly with regard to the major players in the sector.

It is likely that the Gemini and Genesis case, which is still the focus of more SEC investigations, will allay some of those worries. The SEC has previously pursued similar lending products, including one planned by Coinbase and another from the now-defunct lending company BlockFi, which settled the SEC allegations, so the situation is not wholly unique.

According to Tyler Gellasch, a former agency attorney, the SEC has made it apparent that it thinks there are exchanges that offer trading in unregistered securities and used Coinbase as an illustration.

In 2022, the SEC charged a former Coinbase employee with insider trading on the grounds that seven unregistered securities were trading on the exchange at the time. The claims were refuted by Coinbase.

However, the agency has not yet filed a significant lawsuit against Coinbase or any other cryptocurrency exchange. And unless the SEC consistently acts in this manner, it runs the risk of losing both “public credibility” and “political credibility,” according to Gellasch, who currently serves as the organization’s executive director.

Gellasch remarked, “If they’re here to protect investors, they have to bring the lawsuits.