The launch of animated consumer spending data by Klarna 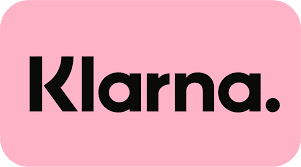 To make it easier for its core BNPL users to follow their spending patterns, Swedish BNPL major Klarna has added another financial planning tool.

According to a press release issued by Klarna on January 25, the new “Money Story” feature will be accessible on the Klarna app in the United States, the United Kingdom, Germany, and Sweden and will have an animated design similar to that of social media.

According to Kristina Elkhazin, Head of North America at Klarna, “Money Story gives our rapidly expanding network of over 150 million users meaningful insights about their spending habits with Klarna, encouraging them to create good spending habits for 2023.”

The features’ release coincides with Financial Wellness Month, a campaign to encourage people to carefully consider their spending habits, and comes after the app’s addition of a number of shopping and financial capabilities over the previous year.

Consumers can celebrate the month by leveraging data from digital wallets and platforms to better understand their spending and the steps they need to take to achieve their financial objectives, as PYMNTS wrote on January 3.

This information and instruction are urgently needed because financial literacy in America is currently poor and continuing to decline.

Since consumers are dealing with unprecedented inflation that makes them stretch their expenditures and try to rearrange their household budgets, this lack of financial knowledge has practical repercussions.

According to the “Credit Union Tracker®,” a PYMNTS and PSCU cooperation, more than half of Americans who make less than $50,000 yearly and 36% of those making more than $100,000 do so presently.

According to the press announcement, Klarna’s Money Story makes managing money fun by showing spending patterns, offering animated quiz questions, and providing data on all purchases made through Klarna.

According to Felix Würtenberger, head of card and banking at Klarna, “For Klarna’s customers, this will be the first time they ever receive a thorough summary of their yearly Klarna spending.” “We intend to empower consumers to take control of their finances by gamifying the frequently tedious and intimidating chore of money management.”

According to Elkhazin, “Money Story is the newest addition to Klarna’s expanding array of financial and retail products meant to save customers time and money while also assisting them in taking control of their finances and making better educated decisions.”

Along with other shopping and financial tools that Klarna has released over the past 12 months, the new Money Story is the latest. Elkhazin listed a few of them: a search engine that analyses pricing from tens of thousands of merchants; a contribution function that spotlights verified charity organisations; and a dashboard in the Klarna app with spending insights and budgeting tools.