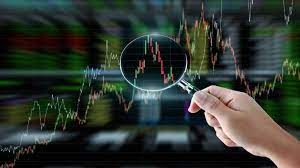 A more hawkish-looking European Central Bank caught investors’ attention, but investors in London’s stock market remained optimistic in the knowledge that the US Federal Reserve would likely slow its rate increases.

Klaas Knot, a member of the ECB’s governing council, stated that two additional 50 basis point increases should be anticipated in February and March in an interview with Dutch TV WNL on Sunday.

In remarks obtained by Reuters, Knot continued, “Expect us to not be done by then and that more steps will follow in May and June.”

The ECB increased its benchmark interest rate by 50 basis points at its most recent meeting in December. A further 50 basis point increase will be “nearly entirely priced in” at the central bank’s next meeting on February 2.

At the closing of European stock trading on Monday, the euro was trading at USD1.0870, up from USD1.0837 at the same time on Friday.

In the midst of the hawkish talk, the euro achieved an intraday high of USD1.0924 on Monday, reaching its highest level since April 21 of last year.

The market anticipates the Fed to slow down the rate hikes, in contrast to the ECB. On February 1, there is a 99% chance of a 25 basis point increase from the US central bank, according to the CME FedWatch programme.

Christopher Waller, governor of the Federal Reserve, stated on Friday that there is abundant proof that a sharp increase in interest rates has slowed demand and economic activity, indicating that the US central bank may continue to pause its rate increases.

In prepared remarks for an event in New York, Waller stated, “Based on the data available at this time, there looks to be minimal turbulence ahead, therefore I now favour a 25-basis point hike at the (Fed’s) next meeting.”

The pound was trading at USD1.2368 at the conclusion of the London stock market on Monday, down from USD1.2379 on Friday. The dollar was trading at JPY130.62 against the yen as of late Monday, up from JPY129.88 as of late Friday.

The company announced that on Friday, the floating production, storage, and offloading vessel for its Greater Tortue Ahmeyim liquefied natural gas project departed from Qidong in China.

According to BP, the project’s first phase will produce about 2.3 million tonnes of liquefied natural gas yearly and the FPSO would produce about 500 million standard cubic feet of gas per day.

At the close of the London stock market on Monday, Brent oil was quoted at USD88.82 per barrel, up from USD86.55 late on Friday.

Despite claiming that its output in 2022 would be at the high end of its expectation and that shareholder returns would be nearly twice as high as its minimum target, Endeavour Mining ended the day 3.4% lower.

The gold miner, which has interests in Senegal and Burkina Faso among other countries, reported that yearly gold production was 1.40 million ounces, a 2.5% decrease year over year from 1.44 million.

The result exceeded Endeavour’s stated forecast of 1.32 million to 1.40 million ounces and was “slightly” above consensus. Additionally, it marked Endeavour’s tenth consecutive year of meeting or exceeding output guidance.

According to the company, it has already paid out USD 99 million in buybacks and USD 200 million in dividends for 2022. The company’s returns reached USD 299 million, “almost double” its minimum payout obligation of USD 150 million for the year.

After announcing it had been awarded a GBP1.2 billion contract by the UK’s roads agency to develop a tunnel beneath the River Thames, increasing traffic connections in the South of England, Balfour Beatty saw its share price close up 1.1% on the FTSE 250.

According to the infrastructure building company, National Highways awarded the contract, which is for the “Roads North of the Thames” package.

National Express saw a 1.0% increase. The transport company announced that it has been awarded a contract to run the RE1 and RE11 Rhein-Ruhr-Express lines in Germany through 2033, totaling more than EUR 1 billion.

The business stated that the contract had a lifetime value of EUR 1 billion.

Fuller, Smith & Turner closed down 3.9% somewhere in London. Due to rail disruptions, the UK pub and hotel operator issued a warning that yearly earnings will fall short of projections.

Sales for the four-week Christmas and New Year period were up 38% from the previous year, according to Fuller’s, although they were still down 5% from the comparable period in 2019, prior to the Covid-19 outbreak. The company estimates that train strikes during the holiday season resulted in a GBP4 million decrease in revenue.

The CAC 40 in Paris and the DAX 40 in Frankfurt both finished the day Monday with gains of 0.5% in European stocks.

At the conclusion of the London stock market, New York stocks were solidly up, with the Dow Jones Industrial Average up 1.0%, the S&P 500 index up 1.3%, and the Nasdaq Composite up 1.9%.

From 0815 GMT, a plethora of flash PMI releases are scheduled for the US, UK, EU, and Germany.

The PMI data is “always a useful leading indication,” according to Russ Mould of AJ Bell, considering how aware of the economic environment the surveyed purchasing managers must be in order to make sound judgements.

Tuesday is Lunar New Year, thus all Chinese markets will be closed. While the Shanghai Composite will be closed all week, the Hong Kong Hang Seng will reopen on Thursday.