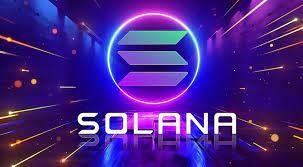 Marinade Finance, the market leader for Solana-based liquid staking derivatives, is using its governance token MNDE as an incentive to encourage users of its staked SOL iteration to participate in the cryptocurrency economy.

In exchange for protocols and validators putting up to 40 million SOL tokens into Marinade’s liquid staking solution, which has a total value locked (TVL) of $144 million, Marinade stated it will give out 160 million MNDE tokens on Tuesday. This is the largest DeFi protocol offered by Solana.

The developers of Marinade told CoinDesk that if all goes according to plan, this “Open Door” may increase TVL by seven times. They hope to encourage more people to utilise Marinade’s mSOL token, a so-called “liquid staking derivative” token that has access to the value of the SOL tokens that depositors have locked away while generating income from securing transactions.

More SOL is staked, which increases the amount of staking interest that Marinade will take a share of in fees, which raises the protocol’s revenue. Additionally, as MNDE governance tokens are disseminated more widely, more Solana DeFi systems will be able to influence Marinade’s operations, boosting the decentralisation of the protocol, according to its creators.

The endeavour, according to Marinade developer Cerba, will give mSOL more credibility because it is currently ahead of Lido’s Solana LSD currency despite that well-known protocol’s supremacy on Ethereum.

In essence, he explained, “we believe that mSOL must be supported by more ecosystem actors to flourish as the most popular LSD on Solana.

Marinade can push it to a certain extent, but in the end, we both want other ecosystem operators to have MNDE and participate at the governance table, as well as for them to integrate well with mSOL and have as many use cases as feasible, in order to be a legitimate alternative to SOL.

MNDE had a 4% decline in value in the hours that followed the announcement as investors considered Marinade’s decision to designate 16% of the token’s total supply for an incentive scheme.

The liquid staking protocols used by Solana are by no means as popular as those used by Ethereum, where 33% of all ETH staked is covered by LSD tokens from Lido and other staking-as-a-service companies. In contrast, Marinade reports that Solana has a 3% stake.

According to Cerba, a portion of the discrepancy is due to network mechanics. The requirement for liquidity among SOL holders is less than that of ETH holders, who cannot access their funds until the Shanghai upgrade because staked SOL is only frozen for about three days at a period, according to him.

The next upgrade to Ethereum has increased discussion of its LSD scene and the protocols that support it. According to Brandon Tucker, director of communications for Marinade, this “can only be excellent news for awareness of liquid staking on Solana too.”

Joey Bada Opens Up About Wanting To Sign With Young Money