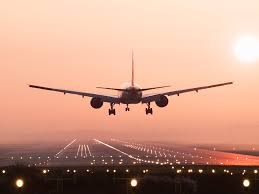 Despite the crypto bad market, adoption of Shiba Inu (SHIB) has increased. Now, American Air and Air Canada accept the canine-themed memecoin as payment for flights via FCF Pay.

As a result, users of the platform’s prepaid debit cards can book flights and make payments using up to 20 stablecoins in addition to SHIB.

The world’s largest airline, American Air, and Air Canada have both connected their FCFPAY Visa cards, according to a tweet from cryptocurrency payment gateway FCF Pay.

Notably, SHIB was the first non-stablecoin introduced to FCF Pay’s platform in October when support for SHIB payments was added. FCF Pay also disclosed at the time that customers may purchase its prepaid debit cards via SHIB.

However, the Shiba Inu ecosystem has had other successes over the course of its existence in addition to its cooperation with FCF Pay. Following the announcement of significant agreements with businesses, governments, and international organisations as well as the launch of its own commercial efforts, the memecoin has been gaining traction across a variety of industries.

It further stated that hundreds of online businesses, including the subscription-based streaming service Netflix and the e-commerce behemoth Amazon, already accept SHIB. Users of FCF Pay’s virtual Visa cards can also link to Apple/Google Pay in the United States and Canada and exchange their cryptocurrency for fiat money there.

Recently, the ecosystem announced agreements with the World Economic Forum and the cryptocurrency-friendly travel firm Travala (WEF). Shytoshi Kusama, the creator of Shiba Inu, announced that the WEF had invited the Shiba community to participate in the development of global metaverse policy.

Prior to that, members of the Shiba Inu community opened Welly, a burger business run by the Doggy DAO and accepting SHIB. In a similar vein, early this year, the Turkish government disclosed plans to collaborate with the memecoin ecosystem.

The Shiba community has maintained its bullish attitude and has continued to grow as a result of the memecoin’s expanding acceptance. Shibarium, a layer two network, SHIB: The Metaverse, a highly anticipated metaverse, and many blockchain-based games are among the projects being worked on by the Shiba Inu ecosystem. The activities are anticipated to elevate the SHIB token from a parody cryptocurrency to something more significant, dramatically increasing its value. SHIB is currently trading at $0.0000093, up 4.3 percent over the previous 24 hours.

Intel’s CEO says, “We are dedicated to the dividend”